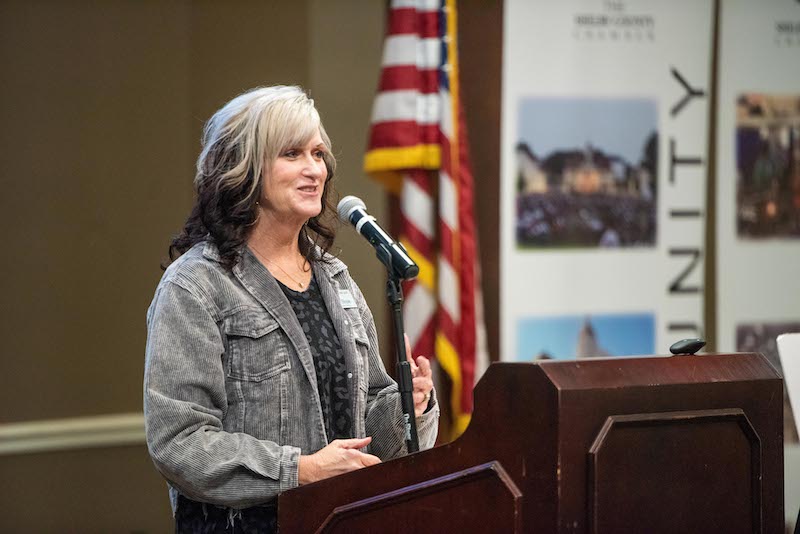 “This year’s program, presented by Birmingham Christian Family Publications and co-hosted by Bryant Bank, Cahaba Valley Computer Services and Sawyer Solutions will feature Alan Miller, recently named President and CEO of American Village,” read a press release. “The Chamber’s “Prayer Breakfast”, held annually since 1996, offers business-people and community leaders the opportunity to come together for fellowship, while celebrating and giving thanks for all our many blessings. The program is also time to reflect on what’s truly important in life and what inspires us to make a difference in the lives of others and our communities.”

Miller enlisted in the Marine Corps Reserve upon graduation from high school in 1990. He served as a radio operator for Battery M, 4th Battalion, 14th Marines until he was awarded a NROTC Scholarship which he used to attend Tulane University. Lieutenant Colonel Miller graduated from Tulane University and was commissioned as second lieutenant in June 1995, according to the press release.

“After being assigned to 3rd Battalion, 7th Marines Miller served on two deployments to Okinawa,” read the press release. “He left active duty in September 1999 and attended law school at the University of Alabama. After the terrorist attacks on September 11, 2001, Miller returned to the Selected Marine Corps Reserve to train and serve as an artillery officer.”

From 2002 to 2003, he served with Battery L, 4th Battalion, 14th Marines and eventually returned to Battery M to serve as Fire Direction Officer during deployment to Fallujah, Iraq in 2004-2005. He then assumed Command of Battery M in 2007 and led the battery during deployment as a provisional rifle company in Rutba, Iraq in 2008, according to the press release.

most recently as a Foreign Security Forces Advisor to the Georgian Defense Forces in the Republic of Georgia. In his civilian life, Miller previously served as the Chief Assistant District Attorney for Shelby County, Alabama, and has also served as the Director of COMPACT 2020, a drug prevention and intervention effort aimed at combining the efforts of law enforcement, the courts and the local communities in order to enhance drug abuse prevention efforts in Shelby County, the official press release said.

To register visit Shelbychamber.org , or contact the Chamber by phone at 205-663-4542 or via email at info@shelbychamber.org . Breakfast is included for Chamber investors at $20 per person, or $30 per person for “Future” investors. To guarantee your reservations – and for proper planning – RSVPs are required by no later than Friday, November 18.