Chelsea Hornets prepare for first season in 7A 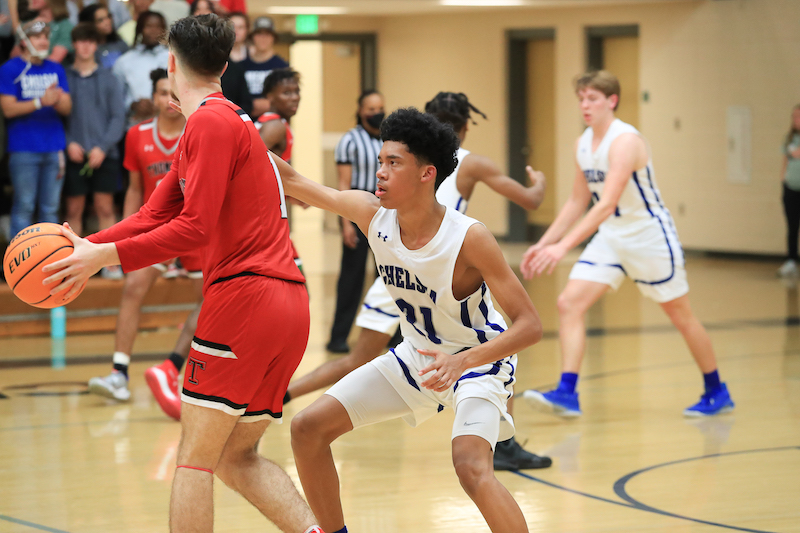 Chelsea travels to Homewood on Thursday, Nov. 3 for their first game of the season. (File)

CHELSEA — Chelsea’s season is finally underway, and the Hornets are prepping to return to the court after being bumped up to 7A classification.

“We’ve got to be more consistent day in and day out,” Chelsea head coach Nick Baumbaugh said. “It goes back to practice, doing things right, getting there on time, and we’re doing that, that just doing all those little things that lead to being champions, that’s kind of what we’ve talked about this year. We want to win. That’s ultimately what we’re trying to get to this year. This group’s ready.”

The fall sports were the first season to be affected by the 7A bump up for the Hornets. While this new classification has brought new challenges for sports like football, the basketball team is ready to embrace and have fun in the 7A.

“I think it’ll just be fun,” Baumbaugh said about Chelsea being classified as a 7A school. “When you think about the area that we just came out with Mountain Brook, Homewood, and Briarwood and now you’re going into Spain Park, Hewitt-Trussville, and Oak Mountain, that the level of competition doesn’t really change. Those two years, we had really good battles and all of those games. Those are good three schools that are really well-coached and run their stuff really well.”

A lot of pressure comes with being a senior leader on a team, but Dylan Brown and Paul Lanzi, both have enjoyed being able to work and grow with their teammates.

“I think we’re in really good shape to play,” Brown said. “We’ve been conditioning and we’ve been in the weight room all summer long. You can see it.”

The bond the team has is something that Lanzi expressed his appreciation for, especially in his bitter-sweet final season.

“We’ve always been a team that played real hard,” Lanzi said. “I just love how, good our chemistry is, we’re all really close. We all love being around each other day in and day out. In the locker room, on the floor, in the weight room, everywhere. We’re excited.”

As game time is approaching, the Hornets are preparing and taking advantage of the edge they have been working on.

“We’re working on some little things in practice,” Baumbaugh said. “I talked to different coaches, some new things I’m learning that blow my mind about stuff. We’re going to try to take advantage of these things that we’ve learned and apply them more in practice.”

Chelsea hits the road for the first game of the season against Homewood on Thursday, Nov. 3.