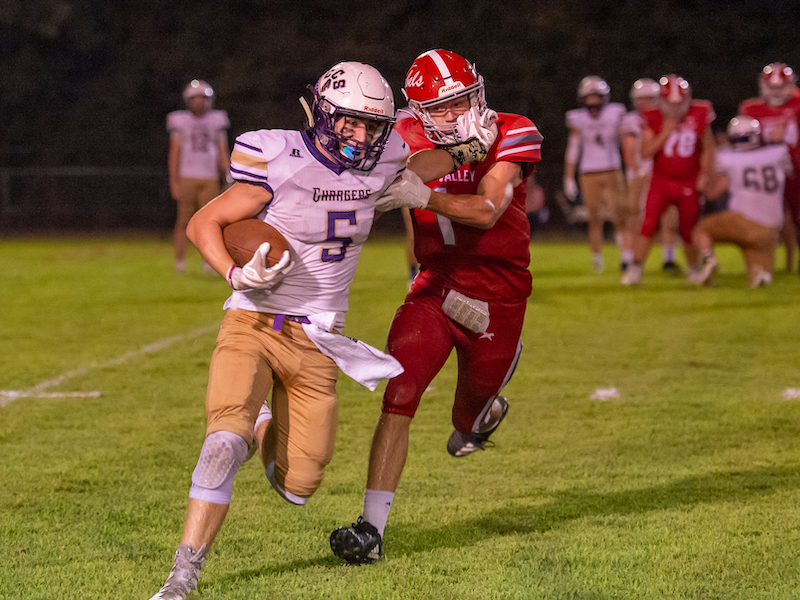 Cornerstone picked up an opening-round playoff win against North River Christian on Friday, Nov. 4 to advance to the semifinals. (File)

TUSCALOOSA – Cornerstone Christian School avenged a loss from earlier in the year and earned a trip to the state playoff semifinals with a 72-51 win at North River Christian on Friday.

North River scored first, but Cornerstone answered right back to pull to within one point of the lead at 7-6.

Then the Chargers recovered an onside kick, and three plays later found paydirt again to take the lead for good at 12-7.

This time, it was the Chargers building a 28-14 lead and remaining in control even though the second half turned into a shootout.

Noah Schober at one point in the second half returned consecutive kickoffs for touchdowns.

And James Wilson made sure the CCS defense also pitched in to the scoring with an interception return for a touchdown.

“The guys played well,” coach James Lee said. “Zeke just took over the game—him and Noah. Zeke might have run for 350-400 yards tonight.”

Cornerstone will now prepare for a visit to Springwood on Nov. 11 in the semifinal round of the playoffs. The Chargers defeated Springwood 52-50 earlier in the season in Columbiana.

A win next week would earn Cornerstone a berth in the state championship game, to be played at 10 a.m. on Thursday, Nov. 17, at the Cramton Bowl in Montgomery.