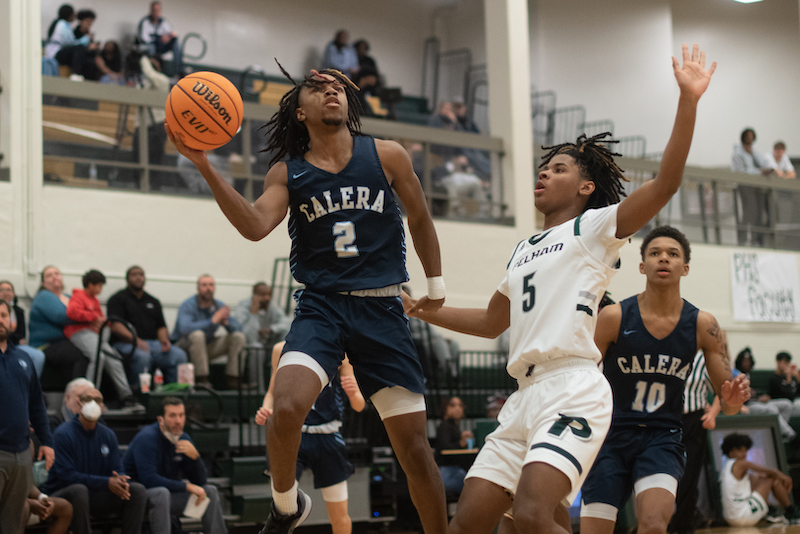 Calera will hit the road for their first game of the season against Cullman on Monday, Nov. 7. (File)

CALERA — The Calera Eagles are counting down the days to return to the court for the 2022-23 season.

With a lot of younger, but experienced players, some of the upperclassmen are stepping into the leadership role.

“We’ve got four seniors,” Calera head coach Drake said. “We’re proud to have our leaders and level-headed guys who are going to be leaders for us on and off the court. They’ll bring a big part of that experience by just being here. I think just by hanging around them in the locker room, you won’t ever have to worry about any sour apples. The collection of the guys that I have and the core that we have is really good, and it should be a very exciting year.”

For the players like junior Tierren Thomas that are returning to the team this season, there is a process the team has been going through since losing the 2022 seniors.

“It’s been a big adjustment,” Thomas said. “We just have to take one day at a time and get back to the basics. Just focus on getting better every single day.”

To have a successful season for the Eagles, Drake expressed how the team has narrowed in on their goals for the quickly approaching season.

“Our mindset is getting better every day,” Drake said. “We really want to go out there and put a team out there that plays collectively as one unit, and just have a lot of fun playing extremely hard.”

Being one of the returning seniors for Calera, senior Brandon Caldwell has really stepped into the leadership role according to Drake. Building that team bond has been a crucial part of Caldwell’s senior season.

“We had a bunch of freshmen who really didn’t get to play with each other a lot,” said Caldwell. “Now that we’re together, we trust each other more every day. You have to realize it’s just you guys on the court. We’re brothers.”

Overall, Drake and the Eagles are eager to return to the court for the upcoming season.

Calera will take on Cullman on Monday, Nov. 7, for their first game of the season.