Montevallo is ready to transition from football to basketball season 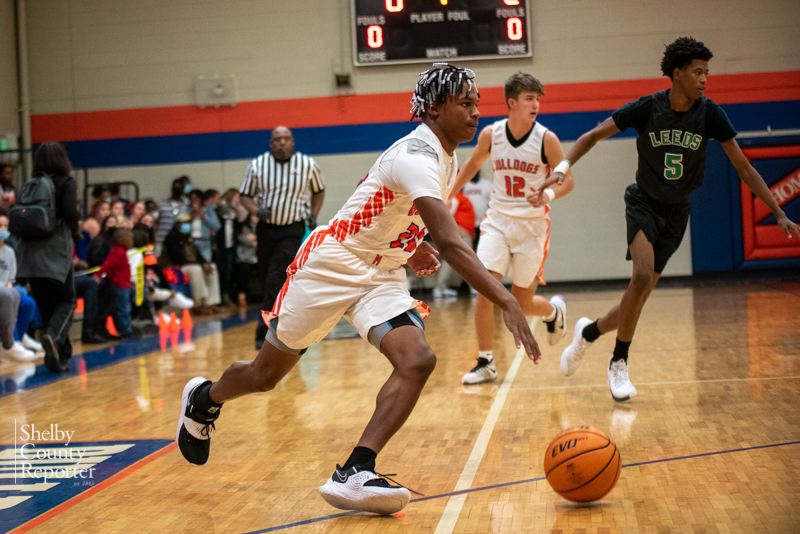 MONTEVALLO — The Montevallo Bulldogs are ready to return to basketball for the 2022-23 season. Montevallo is, as the coaches put it, incredibly deep this year with many of its players returning this season. The Bulldogs are eager to get the season underway.

“We’re just trying to get better at everything every single day,” Montevallo head coach Blackwell said. “We’re trying to compete, trying to make sure our competitive nature is a little bit better every day. We’ve kind of felt like we have the system in and we’re able to tweak some of this stuff and get ready.”Montevallo is set to face Holy Family Catholic at home on Tuesday, Nov. 15. (File)

For senior Jaydien Rutledge, this year’s season means a lot to him since it’s his last year on the team. Expectations are high for Rutledge and his 2022-23 team.

When asked about the Bulldogs’ 2022-23 team, Rutledge said, “I would say a lot more maturity, more athleticism coming in.” “Coming into my last season is kind of exciting. It’s my last year, and I got to put it all on the line. We only have three seniors, and I got to play more of a leadership role this year than I did last year. I’m just excited to get back on the floor and finish out my last year.”

Preparation is essential for Montevallo’s success this season. The Bulldogs were unable to prepare in the summer, so they’re doing their best now for the upcoming season.

“We pick up on things faster,” junior Javon Rogers said. “We compete way better than we did at this specific time when we first started. We didn’t have a summer and once we reach our last practice before we play, I think we’d be better prepared for the first game.”

Many of Montevallo’s members have been making the transition from football season to basketball season, Blackwell expressed how some of the teammates are stepping up for the others returning from their fall season sports.

Getting back to the basics of basketball from football is tough for any player, but achieving that chemistry is one of Rutledge’s goals before the upcoming season.

“It’s kind of difficult transitioning from football to basketball,” Rutledge said. “We’re just trying to get back in basketball mode and get the chemistry back with our team.”

Overall, there is a lot of excitement coming from the Bulldogs this season.

“I’m proud of them,” Blackwell said. “They’re hungry, and they’re ready to go. I think they’ve set their own expectations. They’ve kind of taken some of the disappointment, some from last year being in nine games and couldn’t get the job done, letting it leave a bitter taste in their mouth, and they’re ready to flip that. That’s what it’s going to take for it to change.”

Montevallo will open up their season at home against Holy Family Catholic on Tuesday,