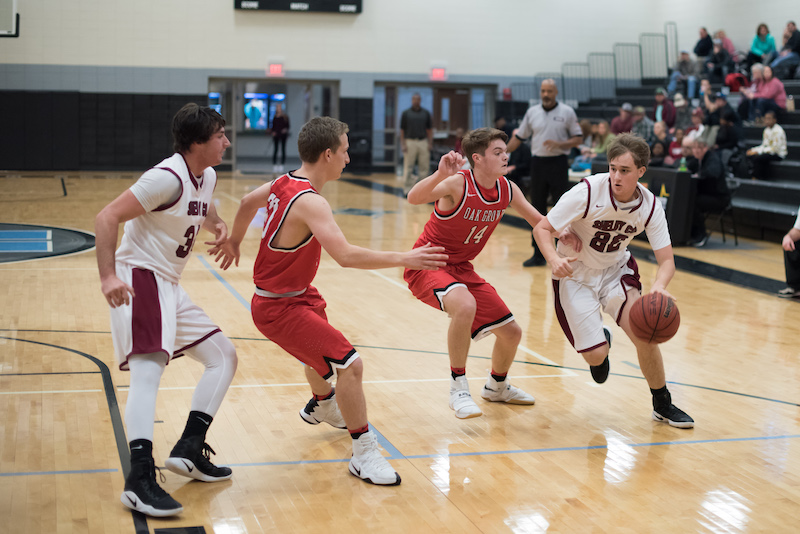 The WIldcats will be on the road for their first game of the season against Holy Family Catholic. (File)

COLUMBIANA — The Shelby County Wildcats are set to take on their first team of the season on Monday, Nov. 14 against Holy Family Catholic.

“I feel like we have a pretty good mindset going into the season,” Shelby County head coach Drake said. “The group has played together pretty much their whole high school career with the exception of a couple. They should have good team camaraderie. They’ve played a lot together in the past, and I’m all about being a team.”

Drake wears two hats in the Shelby County athletic program. Before Drake works with his players on the basketball court, he works with them on the football field in the fall.

“The main thing that I hope they do is keep being tough,” Drake said. “Being physical and being tough-minded. We’re keeping that toughness-type mindset and really understanding the difference in conditioning.”

Many of Drake’s players have been playing together for years. Senior like Noah Reed and Keyshawn Cotton have been on the same team since they were in seventh grade. This season, both Cotton and Reed are filling leadership roles for the Wildcats.

“They were always working hard no matter what,” Noah Reed said about the players he worked with in the past. “When I was a freshman, the seniors worked hard and led by example. That’s what I’ve tried to do.”

“I think they just helped me with the mental part of the game,” Keyshawn Cotton continued, “”Especially with how fast-paced the game is.”

The Wildcats are just days shy of their new season, and Drake has expressed excitement for the journey he and his team are about to take.

“Every year is different,” Drake said. “Every year brings us challenges. I think this year we’ll have some challenges that we’ll be faced with. I’m excited about the season. I’m looking forward to going on the battle with these guys.”