Calera’s season ends in loss to No. 3 Hillcrest-Tuscaloosa 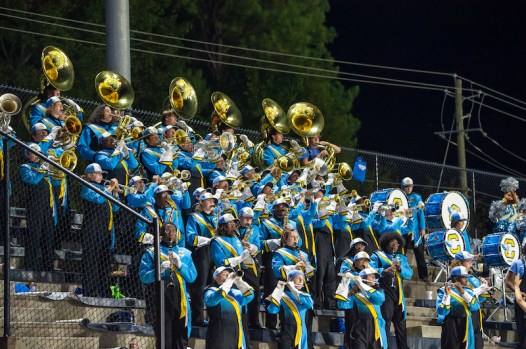 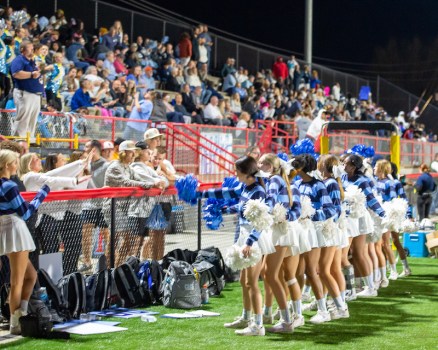 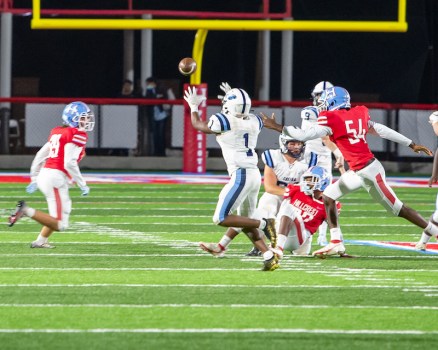 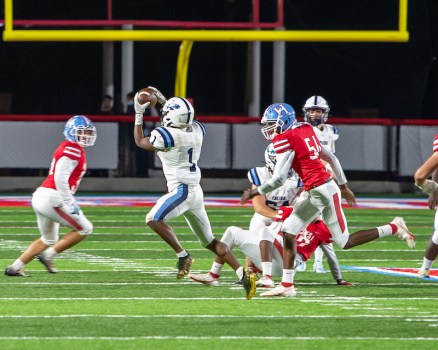 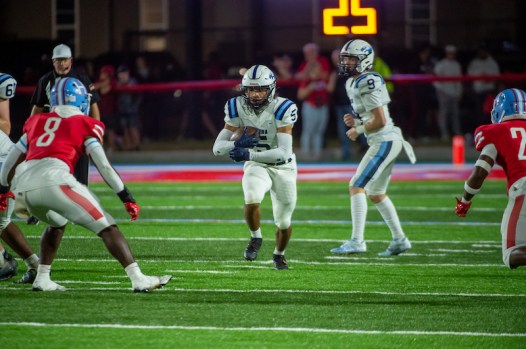 TUSCALOOSA – The Calera Eagles’ season ended in Tuscaloosa on Friday night as the Hillcrest Patriots defeated the Eagles, 38-0.

“I’m just proud of our kids for fighting all year, and the score here doesn’t reflect it, but they didn’t quit, and when you’re down 30 points in what’s going to be your last game, the seniors start questioning things, and nobody quit, so I’m proud of them for that,” Calera coach Jason Hamlin said after the game.

It was a wire-to-wire win for the Patriots who were dominant on all fronts.

After a Calera punt to open the game, Hillcrest’s Decorrion Thomas opened the scoring with a 17 yard touchdown catch from Bryson Kimbrough.

From there in the first quarter, Calera’s defense looked strong and came up with a turnover on downs and a punt. Hillcrest would also get a great defensive play with a Preston Clendenin interception.

On Hillcrest’s first drive of the second quarter, Thomas would get his second touchdown of the night, this time on the ground to go up 14-0.

After forcing another Eagles punt, Hillcrest strung together a lengthy 12 play drive, but Calera’s defense held the Patriots to only  a short field goal.

The Patriots took a 17-0 lead into the locker room but didn’t take long to add to it in the third. A Jamarcus Prince catch on the 3-yard line shortly after a 4th down conversion led to a 2-yard keeper touchdown that increased the lead to 24.

Hillcrest would add two more scores before the game ended. The first was off a Chemar Moore catch from 22 yards out, and the final score was a short touchdown run from the one-foot line.

Calera would come close to scoring on their final drive but were forced to turn the ball over on downs just inside the red zone.

The Eagles managed just 74 yards of total offense compared to 334 for the Patriots. Kimbrough had two touchdowns in the air, one to Thomas and the other to Moore. Patriots running back Jayshon Land led all rushers with 64 yards off 16 carries, and Prince led the receivers with 47 yards from three catches.

After the game, coach Hamlin broke down the Eagles’ game-plan and why the game went wrong on both ends of the ball.

“We knew with their starting quarterback down, with their backup quarterback, they like to get in that “I” backfield and run it a little bit,” Hamlin said. “We said, ‘they’re gonna have to beat us in the air.’ I mean, according to our breakdown, they were 75% run, 25% pass.”

“So we said, ‘we’re going to stop the run, and they’re going to have to beat us in the air,’ and that’s exactly what they did, they hit a couple shots in the air which helped open up the run a little bit, so they had a great game-plan.”

With the first round exit, Calera’s season ends at 4-7, while Hillcrest advances to the next round looking to improve on their 11-0 record.

Hamlin hopes to use the momentum from this season and the effort of his team to build the future of Calera football.

“Our kids fought hard,” Hamlin said. “They never really quit. We [sic] just got to keep growing as a program, we’re still kind of young in the 6A world, we just keep making strides every single year cause we’re gonna blink our eyes and we’re going to be 7A before long, and we all know what’s in that 7A world.”