Pelham advances to round two for the first time since 2006 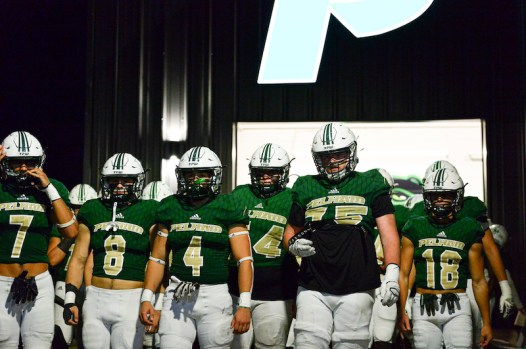 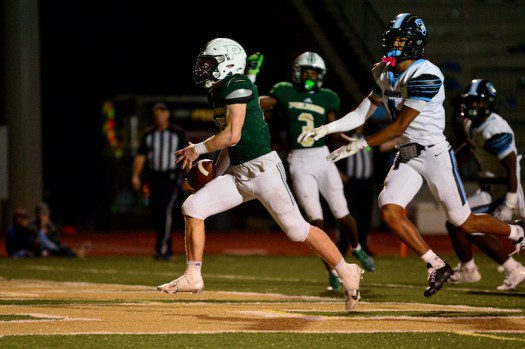 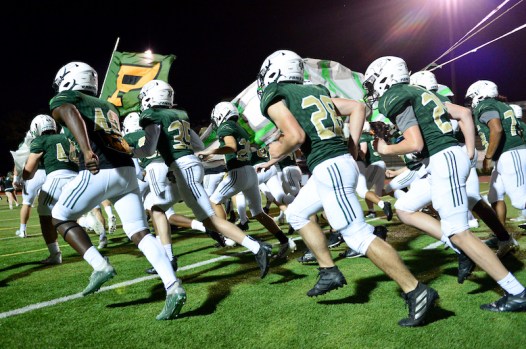 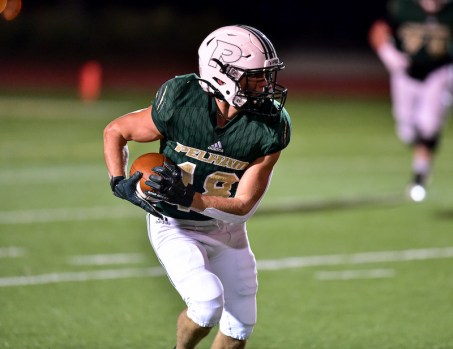 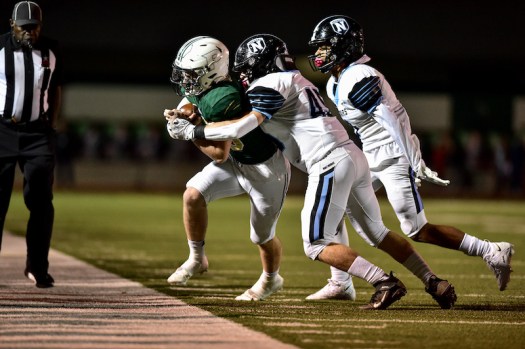 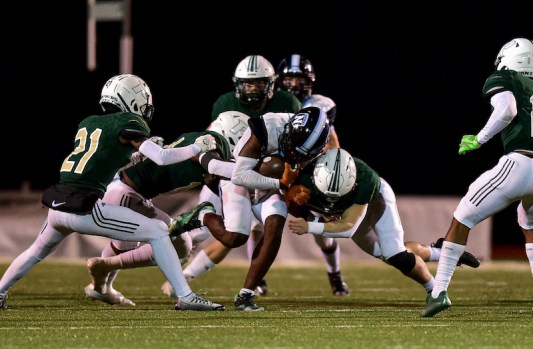 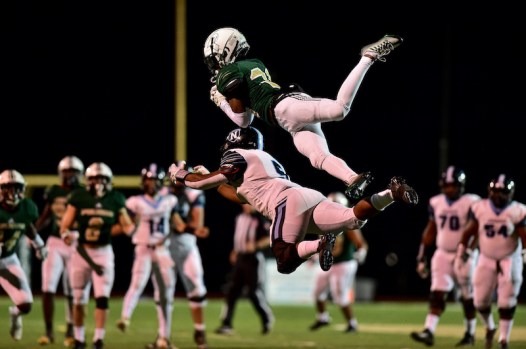 The Pelham Panthers took on the Northridge Jaguars in the first round of playoffs. (For the Reporter/Jeremy Raines) 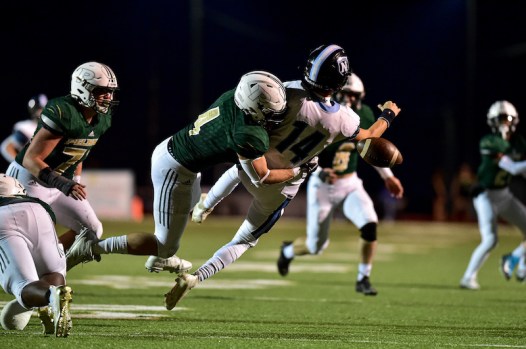 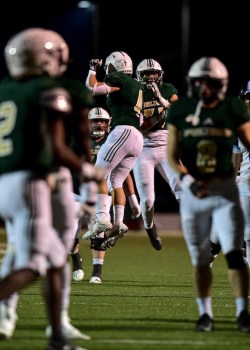 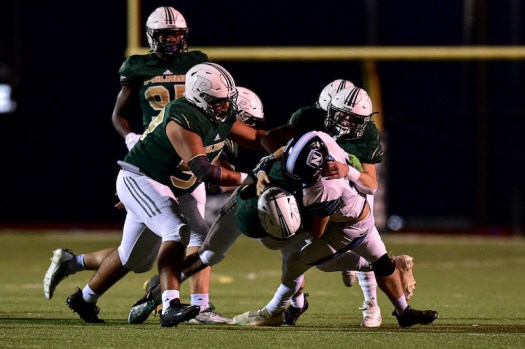 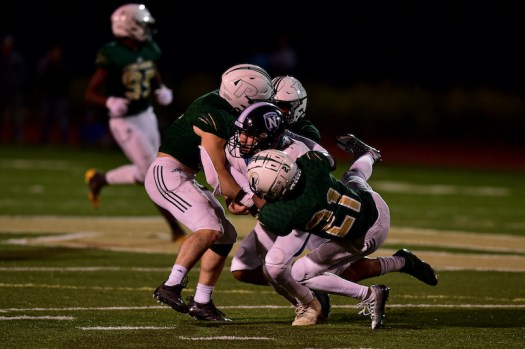 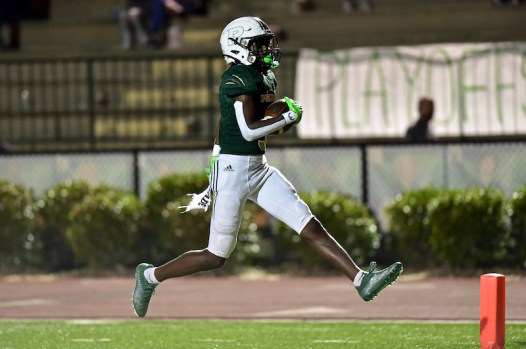 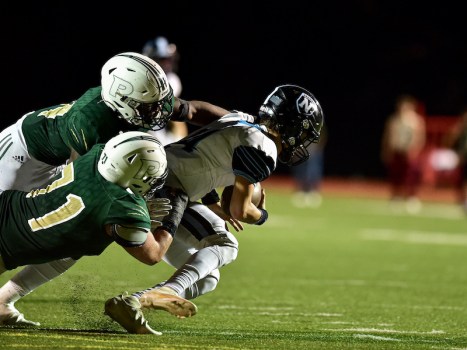 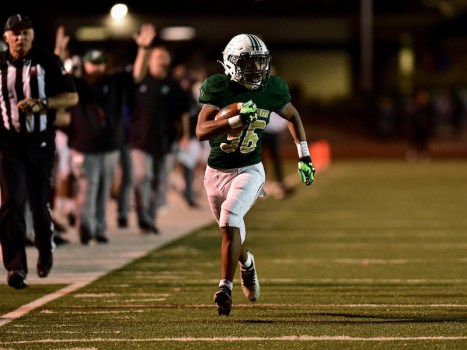 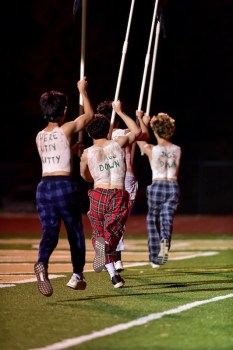 PELHAM – Looking for their first playoff win in 16 years, the Pelham Panthers faced early adversity on Friday, Nov. 4 in the opening round of the Class 6A playoffs against Northridge, but it didn’t last long.

After falling behind 7-0 early in the game, Pelham put the past behind them and determination unfolded with 44 unanswered points to pull away for what became a 44-14 victory for the team’s first playoff win since 2006.

“It’s always tough,” Pelham head coach Mike Vickery said about going against Northridge. “The Northridge kids and community were special to us. You hate to see the last game for anyone, so it’s an emotional game for us. But you got to put that aside and go play. Go play hard and get your kids convinced they can win a big-time football game and they did a great job tonight.”

It was clear that this was an emotional game for the Panthers and Jaguars.

Northridge had the first touchdown of the evening in the first quarter of the game. The Panthers’ defense continued to hold them back throughout, however, the Jaguars were able to complete their first drive of the night with a score for the early 7-0 advantage.

Pelham’s defense, however, was dominant from that point forward, and on Northridge’s next drive, Corey Perkins, Bishop Rellah and Seth Branham all came up with big tackles for loss.

In the fleeting moments of the first quarter, it seemed as though the Jaguars were going to finish the first quarter with the ball and driving, but Perkins stepped up with another big play, this time, an interception.

At that point, the Panthers gained the momentum, and they never relinquished it.

Within the first three minutes of the second quarter, Pelham put together its first touchdown of the night from Clayton Mains to even the score at 7-7.

After an unsuccessful drive by the Jaguars, Northridge fumbled the snap on the punt and it went out of the back of the end zone for a safety and 9-7 Pelham lead..

On the following drive for Pelham, it didn’t take long for Mains to hit Kamari Hollis for a 30-yard strike to extend the lead.

Up 16-7 with little more than three minutes remaining until halftime, Northridge had possession of the ball, but a Cohen Lee tackle resulted in a fumble recovered by the Panthers.

And again, Mains capitalized with another touchdown shortly after to make it 23-7 at the break.

When the Panthers returned to the field, the Pelham defense continued  a dominant night. A tackle by James Schmucker with an assist from Will Felton ended with a 14-yard loss for Northridge early on in the third quarter.

Jamal Miles capitalized and finished the third quarter with a 65-yard return that set up another touchdown from Mains to extend the lead to 30-7.

But they still weren’t done in a huge third quarter that ultimately made the difference.

A few seconds into Northridge’s next drive, Pelham’s Ethan Hill grabbed another interception. And like deja vu, Mains hit Hollis one play later for a long touchdown pass to make it 37-7 going to the final quarter.

That was more than enough, but MyKell Prince added one last insurance touchdown in the final three minutes before Northridge got on the board to create the final score of 44-14.

“It’s a huge win for our school and our community,” Vickery said. “These kids and coaches have been right on the edge for two years now. To be able to come out and get the win is just huge. Coach Causey set a great culture here. A lot of this is based on what he and his coaches have built prior to me over the years.”

For Pelham seniors like Miles, finishing off his senior season on a high note is the ultimate goal.

“It feels good,” Miles said about Pelham’s return to the second round. “We’re setting a standard here before we leave. For the seniors,  it really means a lot to us.”