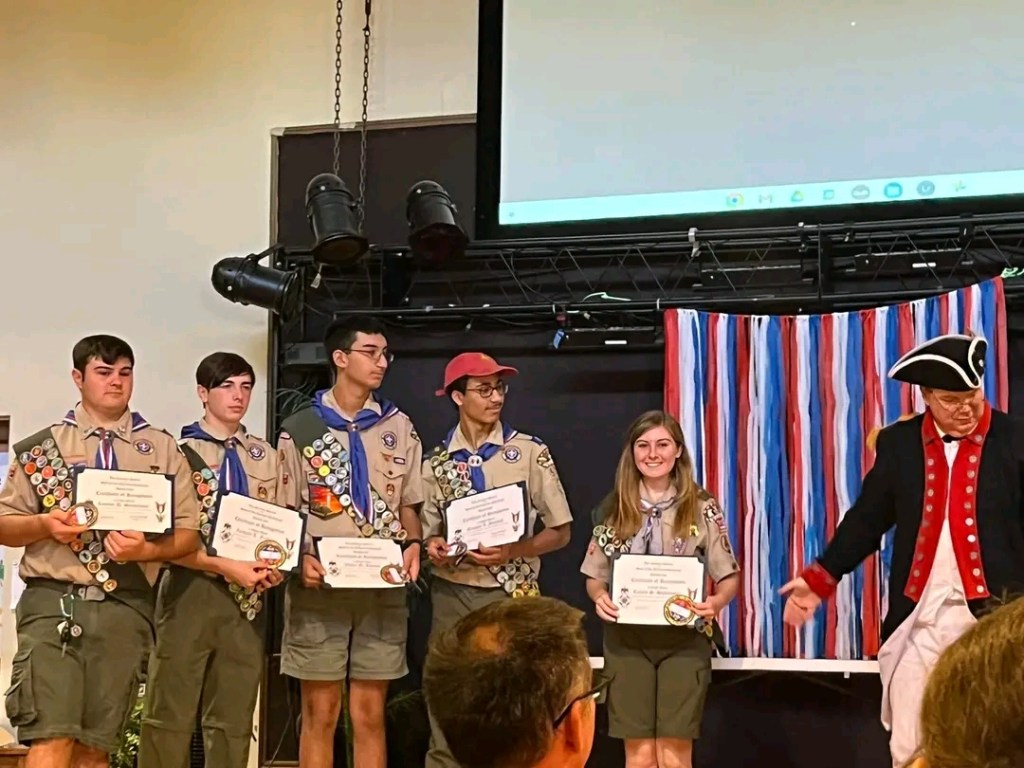 “All five of these Scouts helped work on each other’s projects,” said Kelly Mitchell, Tristan’s mother and an assistant Scoutmaster and committee member for Troop 532. “This exemplifies the Scout Law that a Scout is helpful and loyal. All five of these Scouts are also in the Order of the Arrow, Scouting’s National Honor Society.”

For his project, Connor built a bridge on one of the horse trails at Oak Mountain State Park in Pelham.

Carley, who is in Troop 219G, built an information board kiosk at Kitty Kat Haven in Hoover and added landscaping around the kiosk.

Frowine built a bridge on the Cahaba Lily Trail in Helena to replace an old, dilapidated one, as well as two benches along the trail.

Tristan built a stage and six benches for an outdoor theater area at Helena Elementary School.

The students were celebrated for their accomplishments at an Eagle Court of Honor ceremony held on Sunday, Oct. 23 at Helena United Methodist Church.

“Family and friends were invited, as well as significant people in each of the Scouts’ journey to Eagle,” Kelly said. “Each Scout provided mentor pins to people who have really taught them, been there for them and helped them through this process. They also provided pins to their parents to thank them for helping them achieve this rank.”

“As parents, we are thrilled that our kids set such a high goal for themselves and worked so hard to achieve it,” Kelly said. “There were lots of exciting, fun times as well as trials along the way. We are so proud that they worked together and helped each other when they could.”

Kelly said she encourages anyone who has a son or daughter interested in joining BSA to contact one of the local troops or packs in Helena.

“The friendships and bonds that they have created through Scouting will last them a lifetime,” Kelly said. “The skills and knowledge they have gained will take them so far in life.”