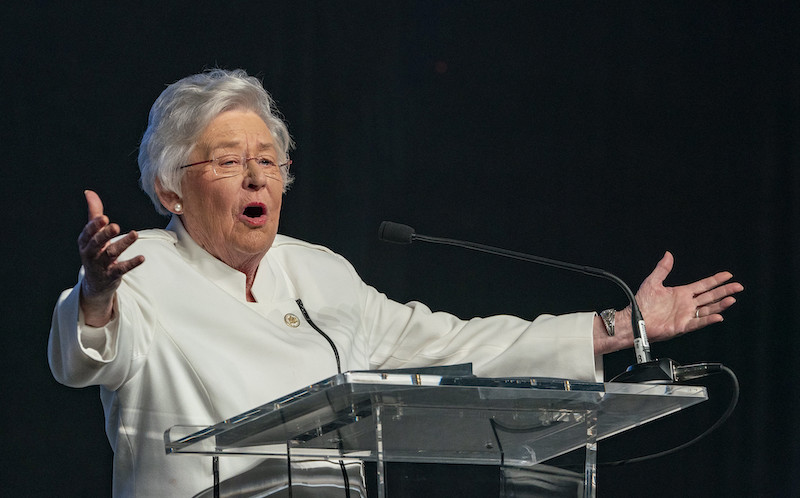 Gov. Kay Ivey was reelected to server another term during the General Election on Tuesday, Nov. 8, while Katie Britt became the first woman to win the U.S. Senate race in Alabama. (Contributed/Governor’s Office)

Incumbent Governor Kay Ivey won reelection in the state after defeating Democrat Yolanda Rochelle Flowers, while Katie Britt defeated Democrat Will Boyd and Libertarian John Sophocleus to become the first woman elected to the U.S. Senate from the state of Alabama.

“I don’t take any of these things for granted,” Britt said of the historic moment. “The gravity of all of it is not lost on me. I am humbled, I am honored and I am grateful. I want you to know I understand what a tremendous responsibility these milestones carry, and I do not take that lightly.” 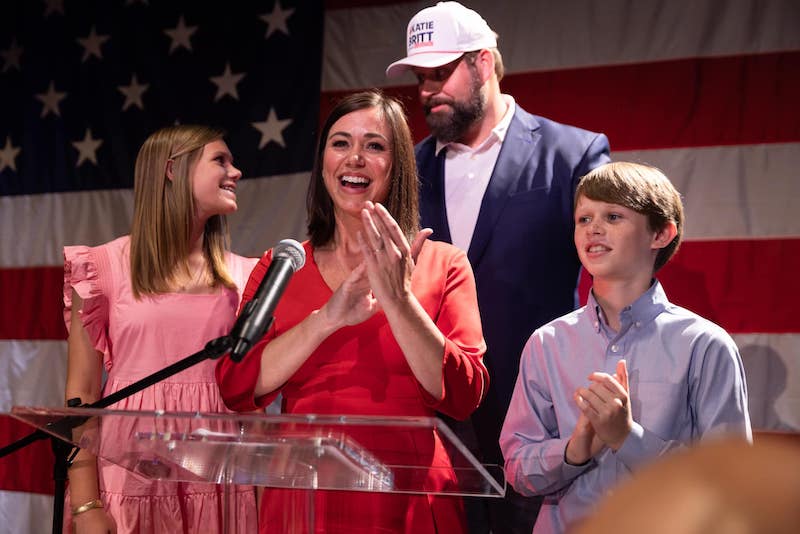 As she addressed a crowd of supporters and media during a victory speech on Tuesday night, she thanked those who gave her the opportunity.

Britt said she will now go to work in the senate to represent the state and its values, which include faith, family, freedom and opportunity.

“I am going to tackle challenges head on,” she said. “I am going to look at the things staring us in the face, whether it is inflation or crime, the border crisis, the opioid epidemic, making sure that we expand mental health and that people have access to high speed internet.”

She added that she would ensure that the men and women in uniform would be the best equipped and trained in the world, while also ensuring veterans in America get the best treatment because that is what they have given to the country.

Britt also said she will respect and back law enforcement officers, while she will continuously fight for farmers and children to make sure their best opportunities are available.

“I want to be part of the solution. I’m going to the senate with some novel concepts—to make common sense common again, to implement solutions, to achieve real positive results and to make our great state stronger for our children and our grandchildren,” she said. “No one will work harder than me in the United States Senate. I’m going to be working for all Alabamians, even those who have different beliefs than I do.”

She said she was energized for the fight ahead to make sure the economy and state are put first.

An excited Ivey addressed supporters after learning that she had won reelection, sharing with them an exclaimed, “We did it!”

“I can’t tell you how proud I am to be with all of you tonight to celebrate this hard-fought victory,” she said. “It could not have happened without each and every one of you here and each one and every one that’s watching us at home tonight. You made this happen. Your thoughts, your prayers, your support and your votes allowed us to claim victory tonight a reelection for four more years as the governor of the great state of Alabama.”

Ivey said voters spoke loud and clear for their support for their conservative values, but she knows there is now more work to be done.

“Tonight, we celebrate, but tomorrow, it’s back to work,” she said. “I look forward to working with everybody to ensure our next four years are even brighter than the last four. Tomorrow, we begin to set the highest expectations and standards for America so that we can become not just a premier destination for growth in our region but the entire world. Under my leadership, Alabama’s government will always reflect the values of Alabamians—life, liberty, pursuit of happiness, opportunity from the Gulf of Mexico to the Tennessee River.”

She noted that looking back on the previous four years, the state has had record-low unemployment, 65,000-plus jobs have been created and the there has been more than $32 million in investments made.

“Nearly every part of the world is touched by something that is made right here in Alabama. Automobiles, aerospace and shipping,” Ivey said. “Truly, Alabama touches and leaves its mark on air, land and sea.”

Moving forward, her goal is to make the next four years even better than the previous four.

“I’ve made it my mission as governor going forward to put a renewed emphasis on our education system,” Ivey said. “From our earliest learners to those in our k-12 schools and our students attending post-secondary institutions. We’re investing a record amount of funds toward our educational institutions—investments that will lead to real meaningful changes that will benefit our students and our teachers for decades to come. We provided the highest pay for our most valuable asset in education—our teachers.

“Yes, I am going to fight every day to continue making Alabama the best state in America to live, work, raise a family and, yes, play football.”

As for secretary of state, Republican Wes Allen ran away with the election, defeating Pamela Laffitte.