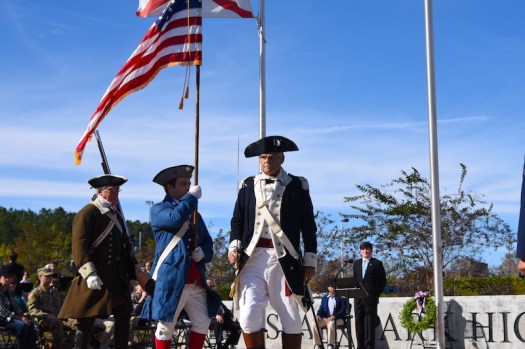 On Wednesday, Nov. 9 at 1:25 p.m. a ceremony was held in which nine engraved bricks were added to Spain Park High School’s Patriot’s Corner. (Reporter photos/Noah Wortham) 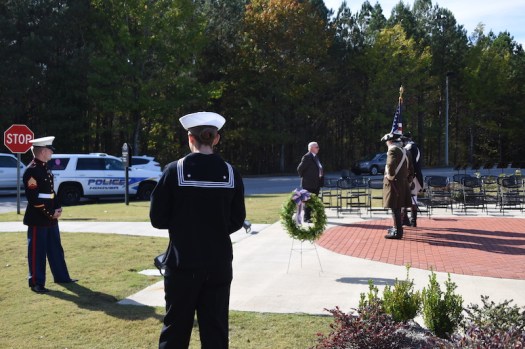 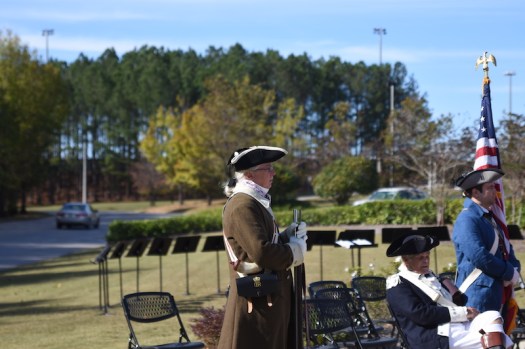 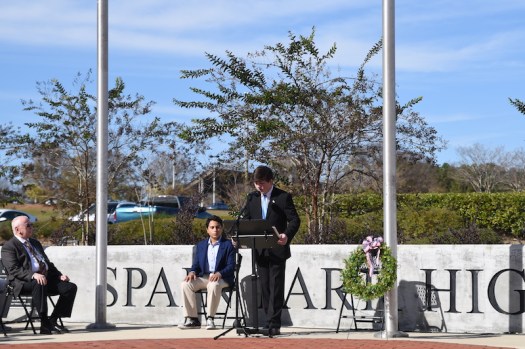 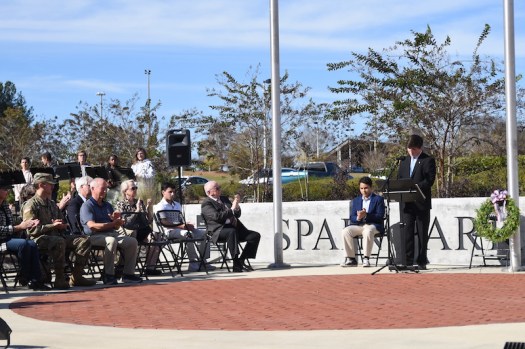 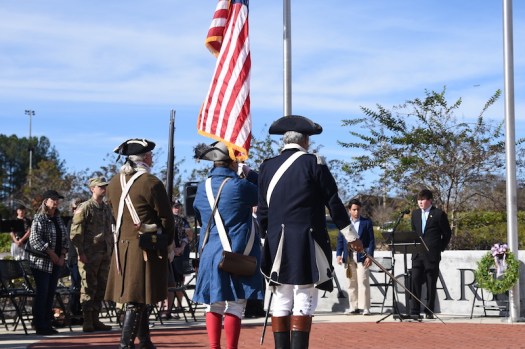 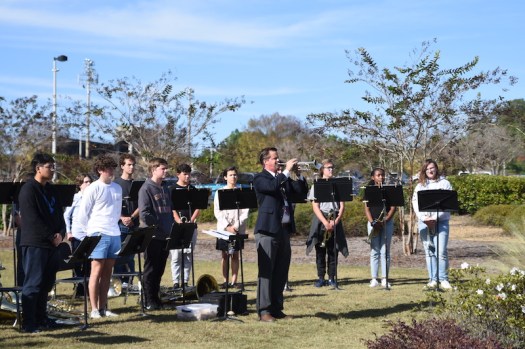 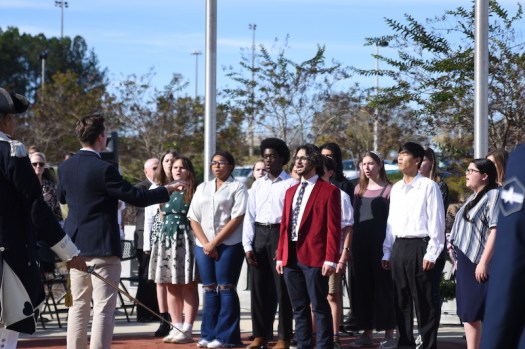 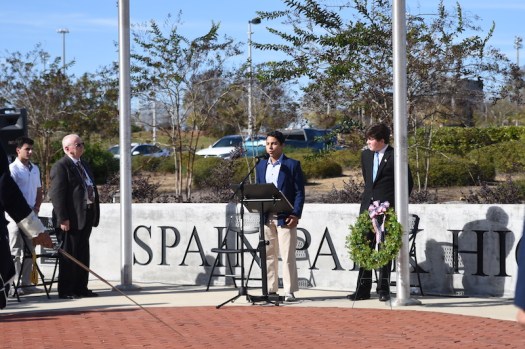 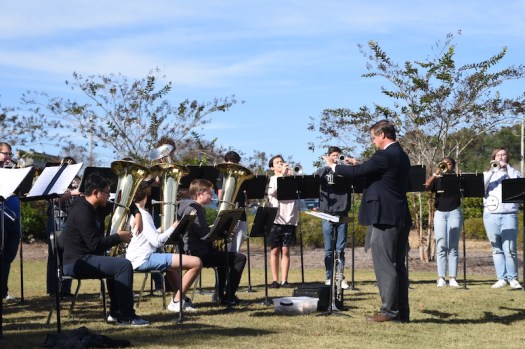 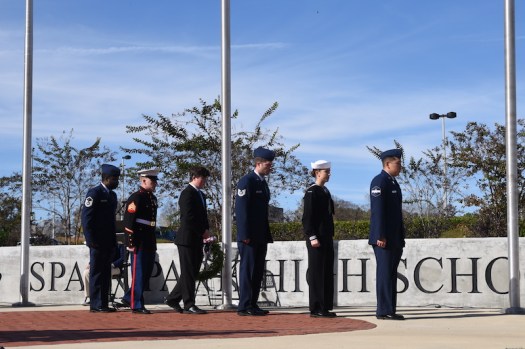 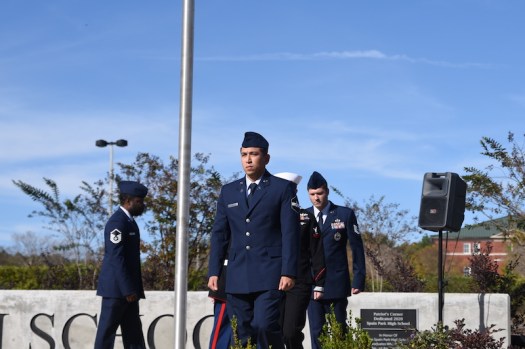 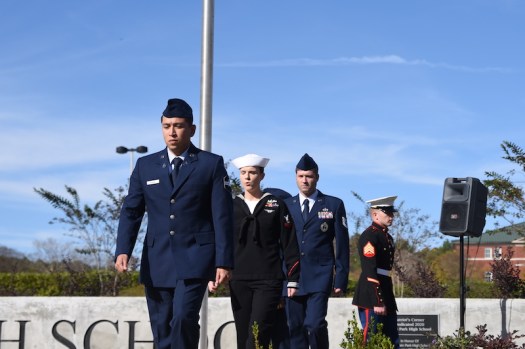 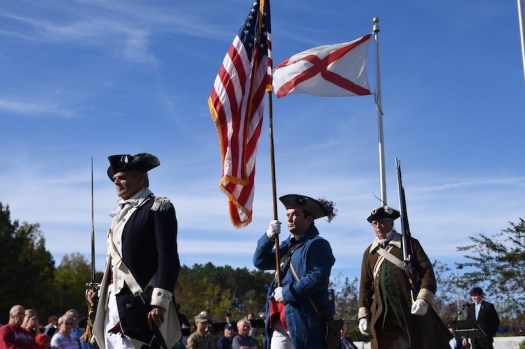 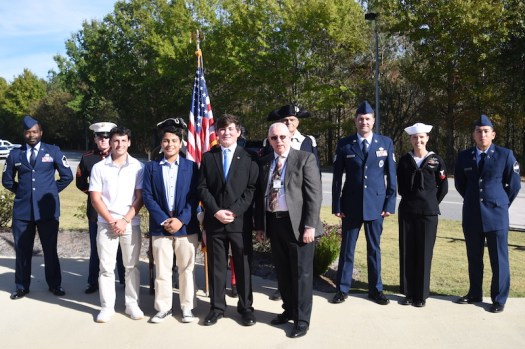 HOOVER – Spain Park High School recently held a wreath laying ceremony in honor of veterans as they celebrated the addition of engraved bricks to Patriot’s Corner.

On Wednesday, Nov. 9 at 1:25 p.m. a ceremony was held in which nine engraved bricks were added to Spain Park High School’s Patriot’s Corner in honor of graduates who are serving or have served in the military.

“This is a wonderful event to honor Spain Park graduates who are currently serving our county, and it shows the great pride that not only they have for our country, but the pride that we have for them and the service that they give,” Principal Amanda Esslinger said. “I’m grateful to Mr. Buzz Williams and our Armed Forces Club who puts this together each year and were instrumental in the creation of this Patriot’s Corner which says so much about what we are proud of here at Spain Park.”

Last year, 17 bricks engraved with the names of SPHS graduates who served or are serving were ceremoniously installed at the corner.

“Mr. Giangrosso, Mr. G as he is fondly called, was a veteran himself,” Esslinger said. “He worked alongside leaders in our school system and state representatives to create this memorial because he knows what it takes to serve and he is thankful for his students and our students who have made that sacrifice.”

During the ceremony, SPHS Brass Ensemble Director Craig Cagle led a performance of “America the Beautiful,” and Director of Choirs Jim Schaeffer led the choir in singing “The Star-Spangled Banner.”

“My fellow Americans, as we look to the future, we will strive in unity, out of gratitude, to become noble citizens of the world’s most diverse, unified and free society as one nation under God,” Joey Friedman said in a speech at the ceremony. “A government with appropriate checks and balances with a Bill of Rights to protect all individuals.”

Those who wish to keep up to date with events at Spain Park High School may follow its Facebook page at Facebook.com/SpainParkHS.