Pelham’s season ends with second round loss to St. Paul’s 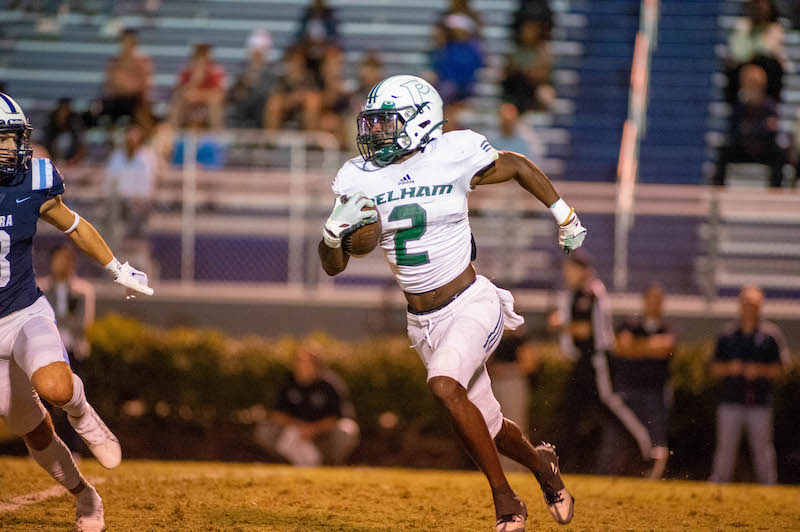 Pelham season comes to an end on Friday, Nov. 11.(File)

PELHAM – After getting to the second round of the playoffs for the first time since 2006, the Pelham Panthers fell to the St. Paul’s Episcopal Saints, 38-7, on Friday night in Mobile.

“Proud of our guys for competing,” Pelham coach Mike Vickery said postgame. “We didn’t have the outcome that we would like, but our kids played hard. Proud of our kids for the year they had and the effort they gave tonight.”

After a slow start to the game, the Saints opened the scoring with a rushing touchdown with just under two minutes left in the first quarter.

Pelham responded quickly with a short throw from Clayton Mains to Trey Corkill that got in for a touchdown before the quarter ended.

After being tied going into the second, the Saints opened a lead with a 45-yard Drew Williamson touchdown two minutes into the quarter and never looked back.

Two more touchdowns would follow in the second, including another 45-yard scoring run from Williamson, and the Panthers were down 28-7 at the half.

Williamson finished the game with 121 rushing yards and four touchdowns.

St. Paul’s added on a 48-yard field goal and the fourth rushing touchdown of the night to close out the scoring in the second half and give the Saints the 38-7 win, which advanced them to the 6A semifinals next week against Theodore.

After the game, coach Vickery was disappointed in the result, but proud of the group he inherited in his first season at Pelham and what they were able to accomplish.

“They lost a coach that they cared a lot about, really good coach in Tom Causey, and they were able to weather that adversity and accept a new coach and buy into what we’re doing,” coach Vickery said. “I’m just really proud of our seniors for leading the way. We got better each week, had a couple opportunities early in the season to win some close games and instead of getting down, our kids kept coming back to work and getting better each week. Just really proud of the attitude throughout the week, throughout the year, and look forward to future success.”

Pelham’s season ends at 6-6 with many close games that could have gone either way, as well as the first appearance in the second round of the playoffs since 2006. Now that the Panthers have broken their bad luck streak in November, coach Vickery wants to push the program to achieve even greater heights.

“Our expectations are not going to be to win a first round playoff game, our expectations got to change to be, ‘we want to be a team that plays deep into the playoffs and expects to play deep into the playoffs,’ and that’s the program we’re building,” coach Vickery said. “I think that our seniors, this group, set the example, set that expectation to kind of break that first round barrier and realize that ‘hey, there’s more to it and we want to play longer,’ and these kids will go back to work and start preparing to do so.”