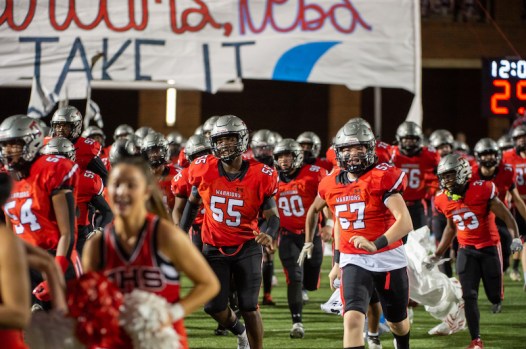 Thompson will travel to the Hoover Met to take on the Hoover Bucs on Friday, Nov. 18 for the semifinals. (For the Reporter/Larry Dancy) 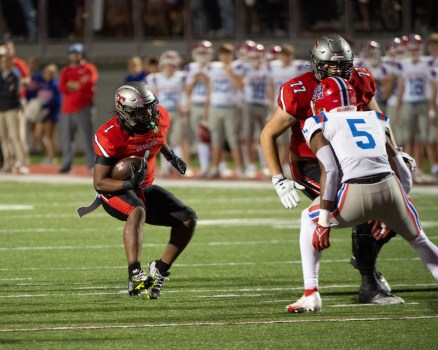 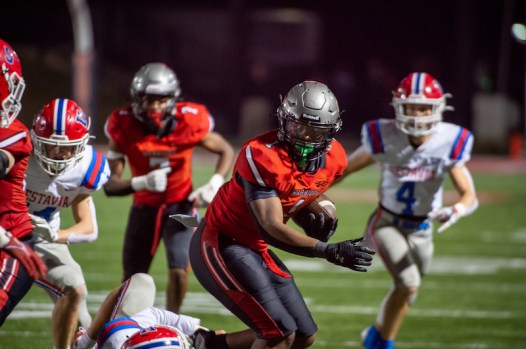 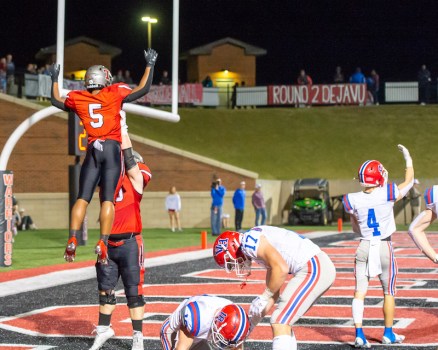 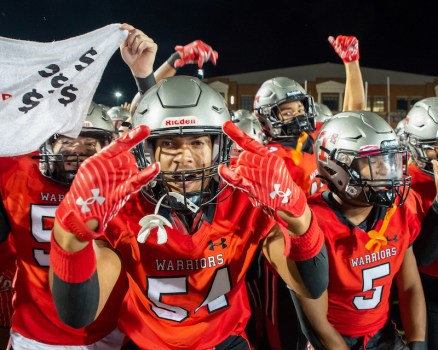 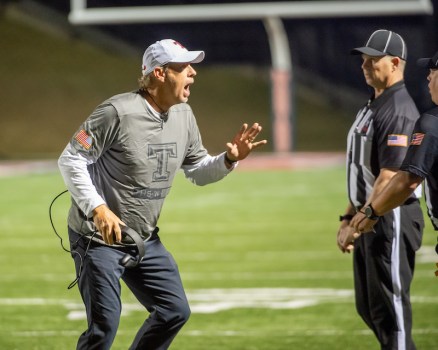 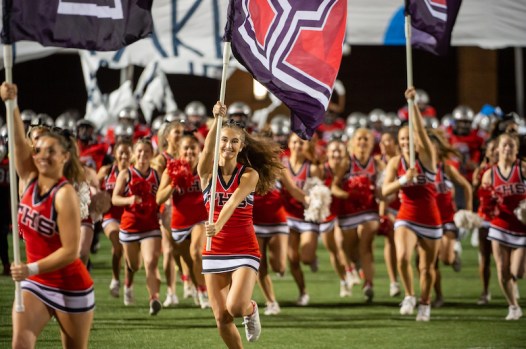 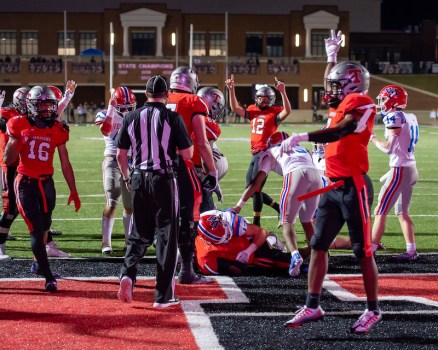 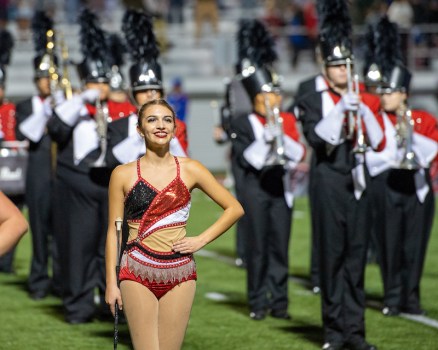 ALABASTER – Thompson’s prayers were answered in Warrior stadium on Friday, Nov.11 after they faced a battle of the defenses in their second-round playoff game against Vestavia Hills Rebels.

Despite falling behind 3-0 at the half and leading by just two at 14-12 late in the game with Vestavia Hills possessing the ball, the Warriors stepped up defensively with stops and turnovers to protect the lead before scoring one final touchdown on a run from AJ Green in the final two minutes for a 21-12 quarterfinal win.

It marked Thompson’s second win of the season against the Rebels after beating them 34-14 in the regular season, but this time around, the victory sent the Warriors to the semifinals of the Class 7A playoffs where they’ll meet Hoover for the sixth year in a row.

“I’m proud of our guys,” Thompson head coach Mark Freeman said about Thompson’s performance in the second-round game. “We had a great week of practice. We had to go into halftime and tell ourselves there’s a second half in football, and that’s why God made two halves. Thank God we came out better in the second half.”

Vestavia Hills made it clear early on that they were there to beat Thompson. Straight out of the gate, Vestavia Hills took control by continuously maintaining possession of the ball throughout the first quarter. In the first half, Vestavia had the ball for more than 19 minutes with a total of 41 plays and 10 first downs in the first two quarters of the game.

But, a Thompson defense that was on the field much of the first half, held true to its dominance this year by limiting the Rebels to just three points.

In the 19 minutes that Vestavia Hills controlled the ball, they didn’t have control of the field. Thompson’s defense applied pressure on the Rebels throughout the first half. Jake Ivie, Peter Woods and Jasiah Ward all had a big half as part of an important defensive night.

Neither team scored a touchdown before halftime, but Vestavia Hills led 3-0 at the half after a successful 26-yard field goal that came early in the second quarter.

Thompson then came out and took advantage of getting the ball first to start the second half.

The Warriors took control, and with a little more than six minutes remaining in the third quarter, they capped off a long drive when AJ Green pushed his way through the Rebels’ defense for a powerful 1-yard run resulting in the first touchdown of the game and a 7-3 lead.

The Rebels, however, did answer back with another field goal before the quarter ended to trim the deficit to one point at 7-6 heading to the final quarter.

From there, Thompson was able to flip field position, which they capitalized on shortly after.

Vestavia Hills, facing fourth-and-8 inside its own territory, decided to fake a punt with 10 minutes to play. A pass that fell woefully short on the attempt gave the Warriors the ball back at the 37-yard line.

Two plays later, he got around left end, sprinted up the sideline, made a cut back inside to send a defender flying and fell into the end zone for a 33-yard score that made it 14-6 with 9:19 to play.

Vestavia Hills finally got a touchdown of its own in the fourth quarter with 5:12 remaining when John Paul Head was able to put together a physical run that ended with a 17-yard touchdown. A failed jump pass on the 2-point attempt swatted away by Anquon Fegans, however, kept the Warriors in front by two.

The Rebels were able to force a three-and-out, but on the ensuing drive, Thompson’s second interception of the night set the Warriors up for the insurance touchdown they needed when Green ran in his second score of the night to make it 21-12 with 1:31 left.

The Rebels then got the ball back, hoping for a miracle, but this time, Kaleb Harris was there to pick off the pass and cement the victory.

Woods led the defense with seven tackles in the win, while Ivie added six with two for a loss. Peyton Lewis and Jayden Davis had big nights with six and five tackles, respectively, while Harris added four and Ward three. Ward added two tackles for loss and an interception, while Lewis and Harris also had interceptions for the defense.

Green led the offense with 78 yards and two touchdowns on 17 hard-fought carries, while Dujon added 49 yards and a touchdown on five carries. Trent Seaborn was 11-for-19 with 57 yards in the win, while Deuce Oliver , Kolby Hearn and Korbyn Williams totaled between 11 and 28 yards receiving.

The Thompson Warriors will face the Hoover Buccaneers when will travel to the Hoover Met on Friday, Nov. 18 for their sixth consecutive appearance in the Class 7A semifinals.