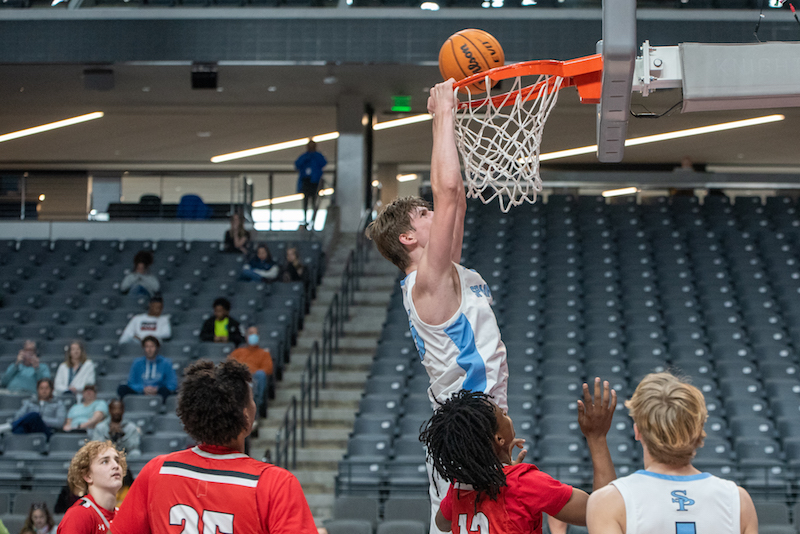 Spain Park traveled to Wallace State Community College to take on Austin in their season opener on Saturday, Nov. 12. (File)

HANCEVILLE – Spain Park faced Austin in their season opener at Wallace State Community College on Friday, Nov. 11. The Spain Park Jaguars defeated the Austin Black Bears 52-40 after picking up the lead in each quarter of the game.

The Jaguars gained a slight lead in the first quarter 12-10 with Korbin Long pickup four out of the 12 points. T.J Lamar, Zach Gray and Sam Wright totaled a combined eight points in the quarter.

Austin began to wear down after Spain Park added another 11 points to score after Gray went two for two from the free throw line and shot another two-pointer.

Nick Richardson and Joshua Fanbah gained two points from their free throws. Wright made one out of his two attempts but got two two-pointer before the half was called.

Spain Park returned the half continuing to hold on to the lead. The Jaguars began to wear down the Black Bears but were only able to gain seven points in the third quarter. Gray totaled 10 points alone with six points gained outside the three-point line.

The Jaguars concluded the season opener by totaling 17 points in the final quarter of the game. Austin was able to pick up a slight comeback having gained an additional 17 points of their own in the remaining minutes of the game, however, it wasn’t enough to stop the Jaguars from defeating them by double digits.

Wright totaled five points having made five out of the six free throws he had in the fourth quarter. Gray added five points of his own as well as he was three for three at the free-throw line. Gray also had two two-pointers in addition to the free throws

Fanbah finished the game with one more successful free throw of his own and Lamar made two more. Long gained two more points to finish out the game.