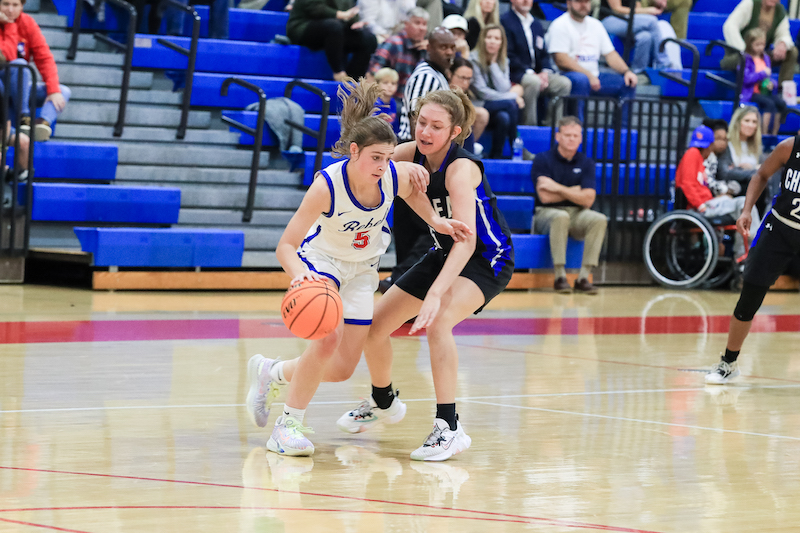 The Hornets travel to take on Calera on Thursday, Nov. 17.. (File)

CULLMAN – The Chelsea Hornets defeated the Fairview Aggies 51-38 for their first week of the season. The Hornets’ first quarter gave them their edge to secure their first victory of the season on Saturday, Nov. 12.

Chelsea totaled 13 points in the first quarter compared to the Aggies three points. Sophomore Sadie Schwallie gained four points for the Hornets in the first portion of the game. Haley Trotter, Sophia Brown and Hardy Erwin scored two points, and Madison Moore made one shot from the free-throw line.

Fairview began to pick up a slight comeback before halftime was called. The Aggies were only trailed by the Hornets 22-16. Caroline Brown, Moore, Trotter and Erwin totaled a combined eight points, and Olivia Pryor made a single free-throw.

Returning to the second half Chelsea continued to maintain their lead and extend it.  The Hornets added another 14 points before the final quarter.

Chelsea finished the game on a high note having totaled another 14 points and gaining a double-digit lead to close out the game.

Schwallie had made the only shot outside the three-point line for the Hornets and a single two-pointer. Moore and Brown totaled a combined four points and Nora Breedlove added two more points to Chelsea’s winning score.

Chelsea takes on Calera next on Thursday, Nov. 17.