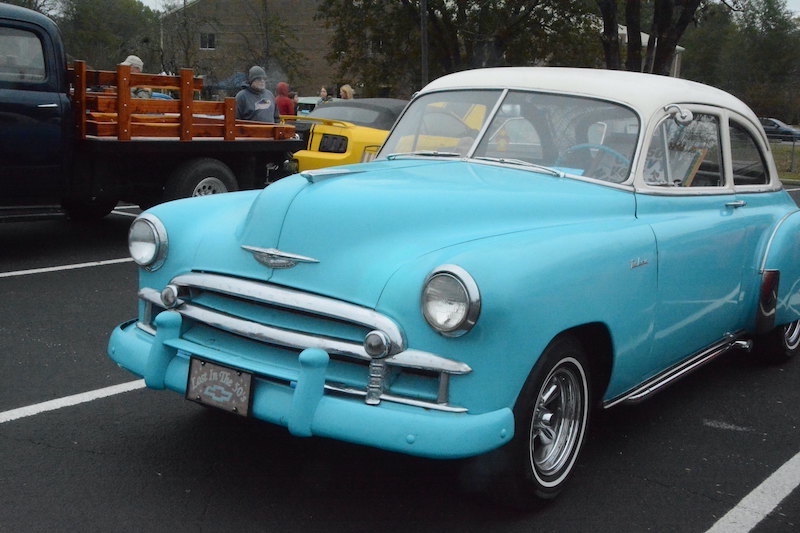 Helena Middle School softball team held a car show at the Church at Old Town to benefit members of the team and raise funds for its members. (Reporter photo/Lizzie Bowen)

HELENA – Helena Middle School softball team held a car show at the Church at Old Town to benefit members of the softball team and raise funds for its members.

All funds from the car show went towards the Helena Middle School softball team and coach Mark Sanders of the team said he was happy with the outcome.

“The show was tremendously successful,” Sanders said. “We had approximately 100 cars enter and participate.”

Advanced Auto Parts was present at the show and gave away prizes to a few participants in attendance. Various winners were also announced and 40 plaques were given away to car owners who displayed their vehicles for the show.

“Our community was very enthusiastic about this event and were very supportive,” Sanders said. “Our softball players and their parents had a great time and were a tremendous help with the show. The participants were very complimentary of our players and parents.”

Josh Knierim, the pastor of the Church at Old Town, also expressed excitement in being able to host the Helena Middle School softball team at the church.

“We were excited to be able to host the show,” Knierim said. “The folks with Helena Middle School softball reached out and asked if we would be willing to host the show as it is one of their big fundraisers for their program.  We thought it was a great fit because of our location and our heart for investing in the schools and community.”

Many were present during the rainy day and came to show their support both of the Helena Middle School girls and also for the variety of makes and models on display throughout the day.

“Despite the rain and brisk breeze, participation was even better than expected,” Knierim said. “There were cars from every decade, and it was great to see the car enthusiast community engaging with one another. We have a steady stream of folks from the community coming to check all of the cars out as well.

The softball girls and their parents took the lead in making the event work smoothly. Many of these families are involved at TCAOT, so it was good to be able to serve those families in this way.”