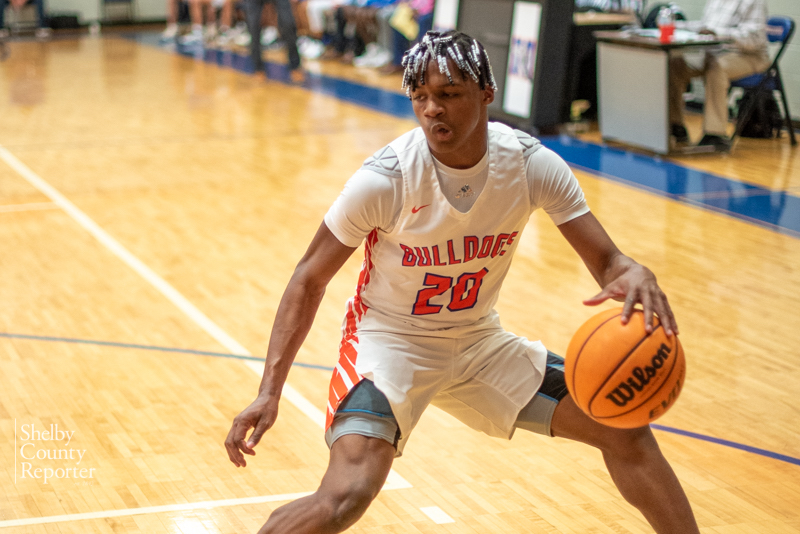 MONTEVALLO – The Montevallo Bulldogs picked up a win against Holy Family Catholic in its season opener on Tuesday, Nov. 15.

Big nights from both Javon Rogers and Javon Chism with a combined 29 points ultimately helped the Bulldogs put together an insurmountable lead en route to a 51-36 victory.

Javon Chism carried the Bulldogs in the first quarter, totaling seven points. A combined five points from Jaron Rodgers and a three-pointer from Demico Gibson gave Montevallo its 12-7 lead over Holy Family Catholic.

Holy Family Catholic pulled away with 12 more points before the first half was called, however, the Bulldogs extended their lead into the second quarter with Rodgers building on another five points.

Jaydien Rutledge went two for two from the free-throw line, along with a two-pointer.

Leading 28-19, Montevallo’s lead jumped even further into the second half of the game with a strong finish in the final quarter of the season opener.

The Bulldogs continued to apply pressure to the Holy Family offense as they were only able to obtain eight more points before the clock ran out.

Montevallo ended its season opener with the fourth quarter score increasing by 14 points before the buzzer went off.

Chism and Rodgers scored four points each in the remaining minutes of the game, finishing the night as team leaders for the Bulldogs. Rodgers led having scored a total of 15 points and Chism followed Rodgers with 14 points.

Montevallo travels to Marbury on Thursday, Nov. 17 for their first away game of the season.