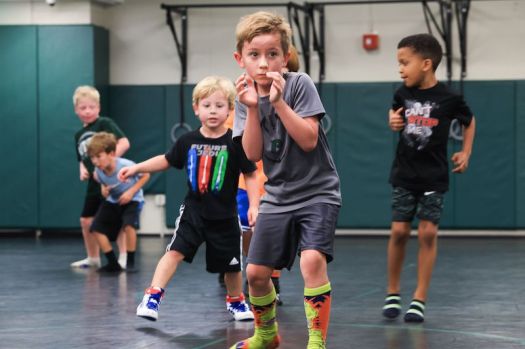 A youth wrestling program is held every Monday and Wednesday at 6 p.m. on Pelham High School’s campus. (For the Reporter/Dawn Harrison 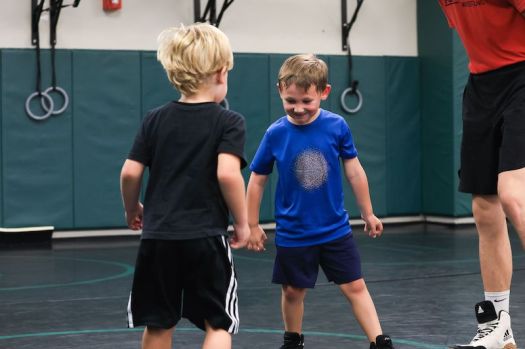 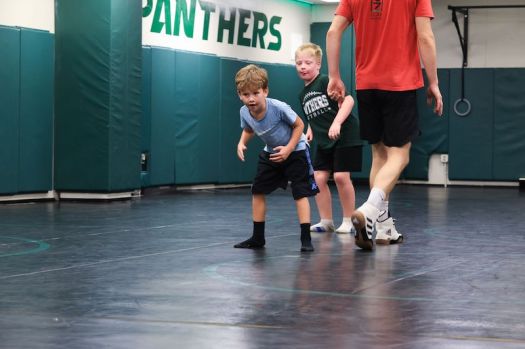 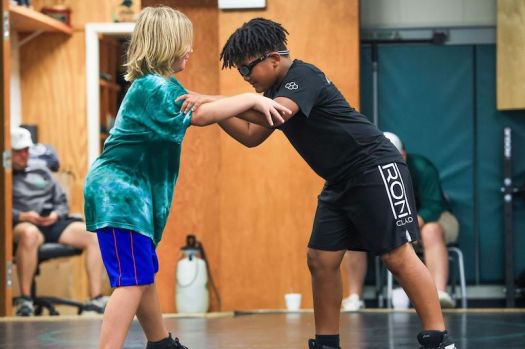 PELHAM – A youth wrestling program is held every Monday and Wednesday at 6 p.m. on Pelham High School’s campus.

The program is partnered with Iron Clad, a local wrestling club, that is located in the downtown Birmingham area. There are several different locations that Iron Clad partners with to bring wrestling to kids in the area. Pelham Parks & Recreation partnered with the school program and Ironclad.

Youth wrestling season runs from November to February, and Coach William Strickland said there is importance in wrestling. Strickland wrestled at Hewitt Trussville High School and began coaching after graduating.

“It is kind of a cool thing,” Strickland said. “As our youth kids get older, and they trick up the program, they’re going to be practicing in the same room for what could be a decade.”

Strickland said he wants to highlight the Pelham Parks & Recreation department and acknowledge the department helping the youth wrestling to start about two years ago.

“We wouldn’t have the numbers or connection with the community without them,” Strickland said.

“With youth there has to be structure,” Strickland said. “It has to be in small spurts. You got to send them out, ‘Do this technique, do this drill,’ and you shift gears or refocus them to a new drill or a new modification of the drill. Iron Clad does a good job with that.”

This is the second year that youth wrestling has been held in the Pelham High School wrestling room on campus and Strickland said he has watched the youth kids grow throughout their time learning to wrestle.

“When I walked into the room, I recognized a lot of the kids from last year,” he said. “It was really cool seeing a lot of familiar faces. They know the room so, it makes them more comfortable, and you could tell they were familiar with the drills they were doing. It was a really gratifying thing to see them come back because that means that they had a positive experience with it their first year.”

The first youth practice meeting held on campus was on Monday, Nov. 7. Strickland said watching the children grow and learn was an awesome experience.

“We get to watch and learn and get to know the kids,” Strickland said. “It is a really awesome environment. The parents sit and watch and can kind of learn too. Wrestling isn’t as popular of a sport in the south, so if you can get your kids on the mat and learn and you’re on the side watching too, it is kind of a-two-birds with one stone thing.”

Strickland said he hopes to see the youth wrestling club grow and that children will spread the word to others.

The youth wrestling program is open to anyone and Strickland said kids from anywhere can attend.

There will be multiple local tournaments throughout the season on Saturdays until February.

“The cool thing about Iron Clad, is we have practices on Mondays and Wednesdays, but other campuses like the downtown campus has practice on Tuesdays and Thursdays,” he said. “So, if a kid really loves it, and really wants to stay with it, their registration fee includes weekly practices at other campuses.”

More information on the Pelham youth wrestling club can be found through Ironcladwrestling.com.