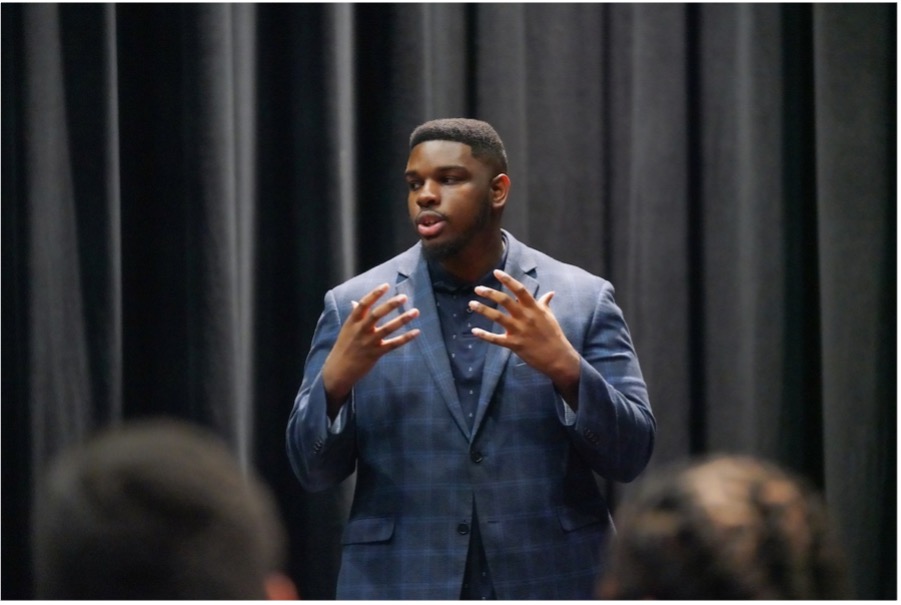 University of Montevallo Student Diversity Recruitment and Retention Coordinator Jason Perry was selected to participate in the upcoming class of the Alabama Leadership Initiative. (Contributed)

By M. K. BRYANT | Special to the Reporter

MONTEVALLO – University of Montevallo Student Diversity Recruitment and Retention Coordinator Jason Perry was recently selected to participate in the 2022-2023 class of the Alabama Leadership Initiative sponsored by Leadership Alabama.

The Alabama Leadership Initiative is a six-month program that aims to expose young leaders to decision-makers in Alabama. Those selected for the program are people committed to helping Alabama.

“I think it’s an opportunity for us to learn from those decision-makers and those individuals who are current leaders in our state,” Perry said.

Perry’s participation in the program will involve attending three two-day retreats, learning from decision-makers in the state and being exposed to and working alongside other young leaders.

“It’ll be a great opportunity to network with the many different individuals who represent our state,” Perry said. “What I love about this is they’re getting people from different sectors, like nonprofit and education, and they’re including all types of people for this.”

Perry’s journey at UM began in the fall of 2014 when he attended the University as a student. He majored in business management and minored in nonprofit studies. Following his undergraduate studies, he continued his education at UM earning a master’s degree in counseling.

During his time in graduate school, he was selected to participate in the Albert Schweitzer Fellowship. With the fellowship, Perry worked in the Birmingham mayor’s office and participated in a mentoring program at Birmingham’s Carver High School.

Vice President for Administration and Liaison to the Board of Trustees Dr. Kristalyn Lee, Perry’s supervisor, described him as “the epitome of a servant leader.”

“He goes above and beyond to pour into our students and ensure they have every opportunity to succeed,” Lee said. “The M.A.D.E. program’s success is attributed to Jason’s commitment to his responsibilities and our students.”

Perry said all of his experiences kind of run together, which he attributes to why he’s been able to make the strides that he’s made.

“Because I’ve been around here so long, all these opportunities have led to me being able to do what I do here today.”