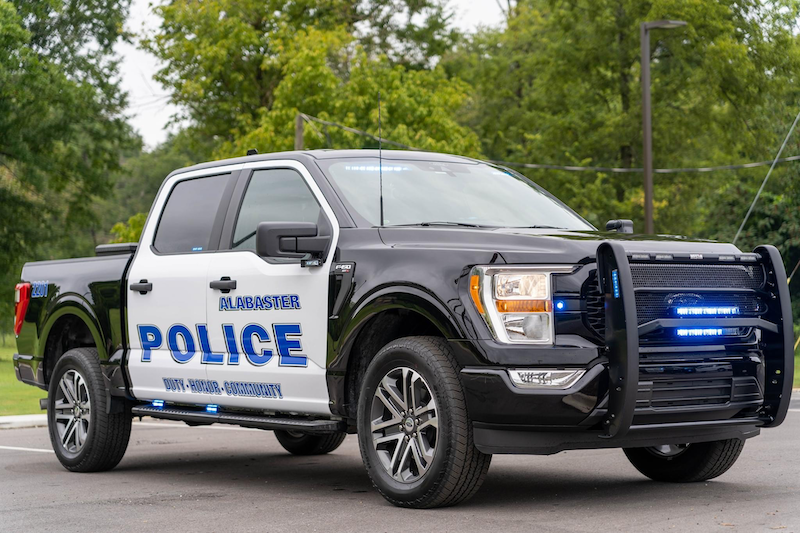 The vehicles, which will hopefully arrive by the first part of 2023, will be assigned to school resource officers within the Alabaster City School System.

The Ford-F150 trucks will come complete with a new stripe package reflecting ACS colors and logo.

“Besides added cargo space for equipment, one of the great benefits is that the trucks are four-wheel drive, thus allowing our SROs to continue serving and protecting our students during inclement weather,” said Corporal John St. Pierre with the APD.

The Alabaster City Council approved the purchase of the vehicles at the most recent council meeting on Monday, Nov. 14.

According to the resolution approved by the council, the vehicles were approved to be purchased off of the state bid list at a cost of roughly $580,096.

ADP Police Chief Curtis Rigney said he wanted to thank the mayor and council for approving the funds for the eight new Ford F-150 trucks for the SROs.

“Our SROs protect and serve all our students and having these new trucks will add to their mission,” Rigney said.