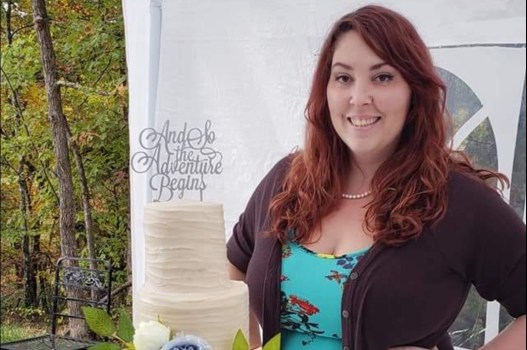 Leslie Hartsfield of home-based LuLu’s Bakes in Alabaster shows one of her creations. (Contributed) 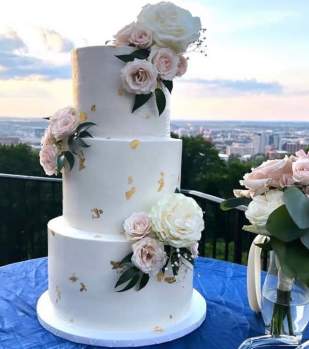 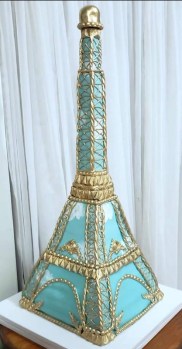 ALABASTER – When Leslie Hartsfield quit her full-time job to take care of her mother, she discovered a love of baking—now with her culinary creations, Hartsfield is turning her kitchen into her own business.

It almost started tragically, as Hartsfield’s mother had a scary close call in a motorcycle accident. This turn of events prompted Hartsfield to quit her job as manager of a credit agency, where she had been putting in 50 to 60 hours a week.

“My mom was in a motorcycle accident and she almost died, so I quit my job to take care of her,” she said. “During that time, I started baking and discovered that I had a knack for it and really enjoyed it.”

Hartsfield started making lots of baked goods, and her mother took some to serve at a company party. She got positive feedback and even requests from people in attendance who were interested in purchasing items from her.

In a way, quitting her job turned out to be a “blessing in disguise” Hartsfield supposed, because it not only allowed her to do something she loves but also to spend more time with family. In fact, it was memories of making birthday cakes for her children that partly inspired some of her new creations.

“My kids always loved helping me make their birthday cakes, so I just started being more elaborate, testing things out, seeing what works, looking online and kind of making it my own,” she said.

Pretty soon Hartsfield started giving things away and making birthday cakes for family and extended family members—making her the “designated baker” for family events. In July of 2018, she made it official, and LuLu’s Bakes was born.

Popular items include cookies, her “Best Chocolate Cake” made with dark lager, espresso and Dutch processed cocoa; and her gourmet cheesecakes such as apple pie or pecan pie, which she describes as “a cheesecake that’s just elevated—it has something going on with it.”

Now LuLu’s Bakes has its own Facebook page, and Hartsfield has obtained her food safety certification and follows Alabama cottage laws. She also delivers; among the most difficult items she has had to deliver were a three-tier wedding cake to Vulcan and a 3-foot-tall Eiffel Tower cake to a location in Trussville.

“I’ve got a pretty good customer base now,” she said, hinting at the possibility of opening a storefront in the future. “It always makes you feel good to make something for somebody and just see their reaction and put a smile on somebody’s face—to bring somebody joy through baking.”

Hartsfield thanked her husband, Stephen, for his support along her journey and joked that the only downside to a home-based bakery is all the dishes she has to do.