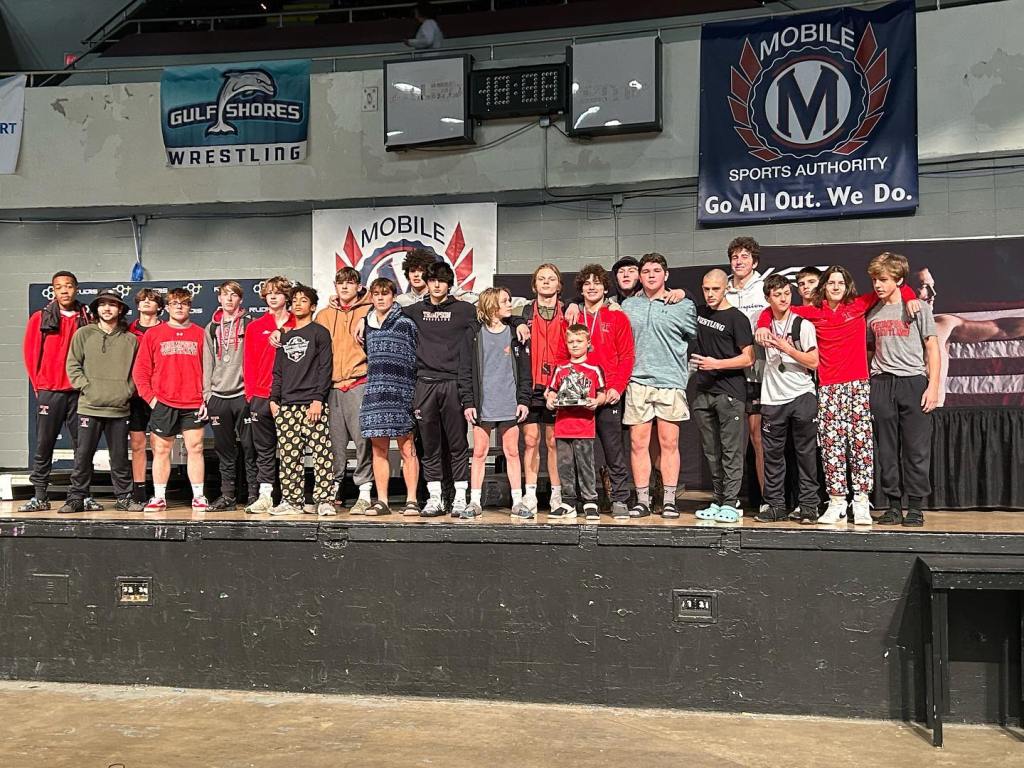 Thompson performed well at this year’s Gulf Coast Clash, finishing second in the event, while Spain Park and Oak Mountain both had strong performances as well. (For the Reporter/Dawn Harrison)

MOBILE – The 2022 wrestling season is officially underway, and one of the biggest early-season tournaments saw Oak Mountain, Spain Park and Thompson all have success.

Taking part in the Gulf Coast Clash in Mobile, the three schools combined for 20 podium finishers in 14 different weight classes in the varsity elite portion of the tournament with two winners, five second-place finishers and three third-place finishers.

The special showing for the Warriors featured five top-three finishes at the tournament.

Will Atkinson, Kiowa Vines and Carson Freeman all finished second in their respective weight classes. Atkinson did so in the 106-pound division, while Vines did it in the 132-pound weight class and Freeman in the 170-pound division.

The Warriors also got finishes of third from Avery Clark and Caleb Gray-Lowe in the 220-pound and 113-pound divisions.

As for the Jaguars, they accounted for the two winners at this year’s event for local teams with William Conlon and Rayshod Burts playing well.

Conlon finished first in the 195-pound division with a strong showing, while Burts did so in the heavyweight division, sweeping his way through the 285-pound weight class.

In the 182-pound weight class, Marcus Hesting also grabbed a finish of sixth place for the Jaguars.

Oak Mountain had several top-five finishes with Trey Denny leading the way with a third-place finish in the 106-pound classification.

Beyond that, Sam Reid finished fourth in the 195-pound weight class, while Quinn Ivey (113) and Camden Tipton (120) both finished in fifth in their respective weight classes.

In addition to the boys’ competition, 106 girls from 21 teams also competed at this year’s event with Thompson also taking up the runner-up trophy in that portion of the event.

The Warriors had seven wrestlers finish on the podium with two finishing in first.

Four others were right behind in second place in their respective weight classes with Kaydence Seigler (107), Lynleigh Weltzin (114), Estella Islas (145) and Breanna Polk (185) all finishing in the position.