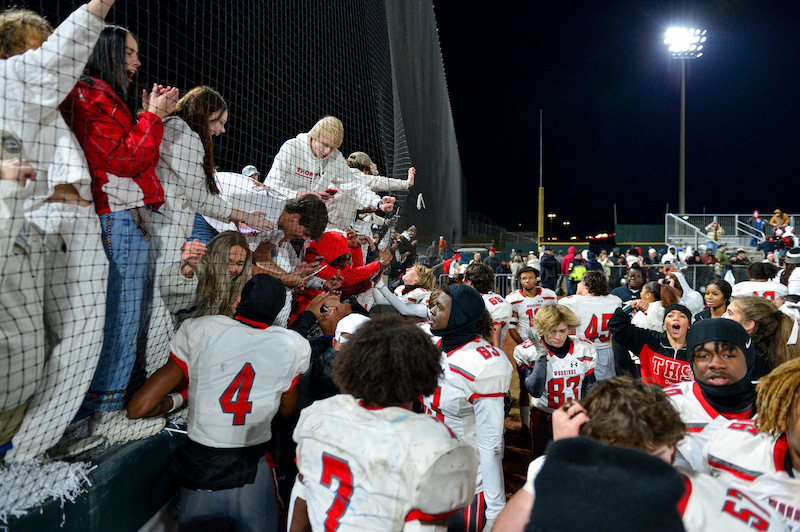 The good, the bad, the rivalry. (For the Reporter | Jeremy Raines)

Everyone knows what the fourth weekend of November means to college football fans, regardless if you keep up with the sport. It’s the Iron Bowl, it’s the Palmetto Bowl, it’s the Egg Bowl, it’s Ohio State versus Michigan, it’s rivalry weekend.

It’s not just a game between two schools, it’s the past, present, and future. It’s history. Over time, these games have become more than just another game day. There is a reason behind every single game that weekend. The game doesn’t make the rivalry, the rivalry makes the game.

With meetings between these schools being at least a century old, the bad blood between them tends to thicken over the course of time. The story gets lost in translation and blood can spill, sometimes literal blood has been spilled on and off the field. A game between two teams has turned into a century-long war. Goalposts come down, cars get flipped, and people get hurt. How have these games and relationships between the two schools become so blurred? When did these rivalries become so vulgar and destructive?

Rivalries are what makes games so special because of the deep-rooted history, but we have to remember it is a game as hard as it can be. No Buckeye wants to lose to a Wolverine, but as someone once told me “they have to win every once in while”. It is something that has taken me a while to understand, but it’s true. A rivalry begins to get dull after a while if one team monopolizes winning. It brings back fire to a team to take back a title. Thompson and Hoover rematches wouldn’t exist if one team constantly won.

Rivalries are what make sports worth watching, but there needs to be a reminder that it is just a game. It might not just be another game, but it is a game. Maybe it is time that we learn from that deep-rooted history and adapt to the new times. It might suck to lose, but they have to win every once in a while.