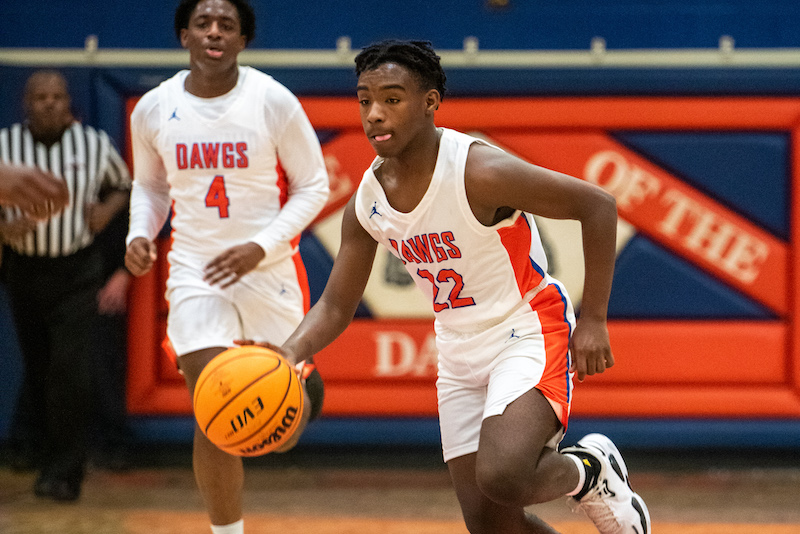 Javon Rodgers and Keiston Ross totaled a combined eight points for the Bulldogs to start the first quarter in the right direction. Dee Cutts and Ja’Von Chism followed Rodgers and Ross by knocking down two points each.

Montevallo’s defense applied the pressure early on in the game that halted most of the Tornados’ action within the arc. Holy Family was only able to obtain seven points in the first quarter and another eight points before the first half concluded.

The Bulldogs picked up 14 points before the half was called. Chism and Ross both walked away with four more points each before returning to the second portion of the Monday night game.

Demeco Gibson, Malachi Cartwell and Rodgers gained two points each for the Bulldogs within the arc.

Montevallo continued to carry its lead to the second half.

Another strong performance from the Bulldogs’ defense in the third and fourth quarter of the game stopped Holy Family Catholic from getting no more than 18 points before the game came to an end.

Gibson led the Bulldogs in the third quarter with a total of seven points, he knocked down one basket outside the arc and the other two within.

The final quarter solidified the Bulldogs’ latest win with Chism back-to-back at the basket. Rodgers, Ross and Cutts topped off the final score with a combined eight points.

Montevallo takes on Thorsby on Tuesday, Nov. 29 at home.