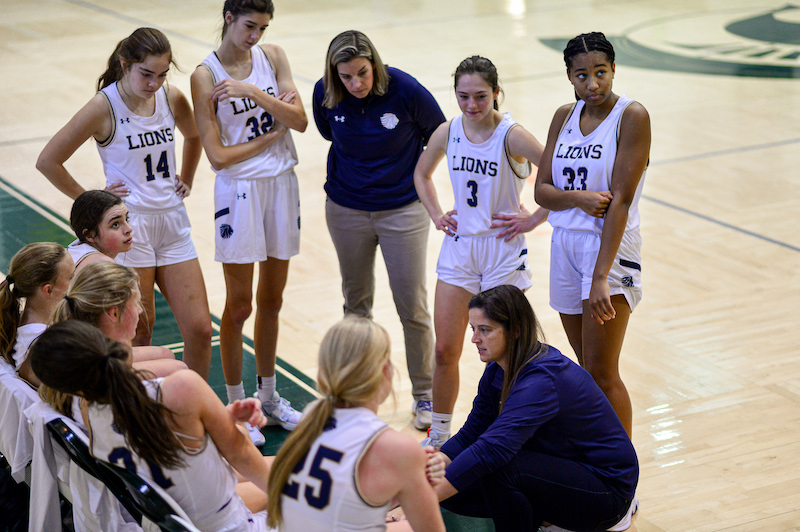 Briarwood’s girls basketball team got points from nine different players, while the defense gave up 11 or less in every quarter to pick up a 17-point victory against Sylacauga. (File)

SYLACAUGA – Briarwood’s girls basketball team limited Sylacauga to 11 points or less in all four quarters of a matchup on Tuesday, Nov. 29, allowing the Lions to pull away for a 43-26 road victory.

Briarwood not only performed strongly on the defensive end, but the Lions gave up eight or less in the final three quarters to help create separation in the win.

In the opening quarter, the two teams looked to be setting the tone for more of an offensive battle with a combined 26 points.

The Lions came out and hit six field goals and both of their free throws to total 15 points in the opening quarter, while Sylacauga got 11 combined points from two different players.

With Briarwood leading by four, the game took a defensive turn from there.

The Lions shifted into lockdown mode and limited the Aggies to five points in the second quarter, the first of two straight quarters Briarwood gave up five or less during.

Meanwhile, the Lions were able to add double digits again with 10 points in what became a consistent effort. That allowed them to take a 25-16 advantage into the halftime break.

Out of the half, Briarwood put together its best defensive game, giving up just two free throws.

On the other end, Emma Kerley knocked down two 3-pointers, while Taylor Smith and Colleen Lehane added one made shot each for 10 more points.

Now leading 35-18, the Lions were able to coast to victory thanks to making four of seven from the free throw line and two field goals in the final quarter for eight more, while the Aggies could only match that with eight of their own in Briarwood’s 17-point win.

Smith led Briarwood with 12 points in the victory thanks to a 4-4 mark from the free throw line in addition to four made field goals. Kerley added 11 points on three made 3-pointers and an additional field goal, while seven other players also scored in the victory.