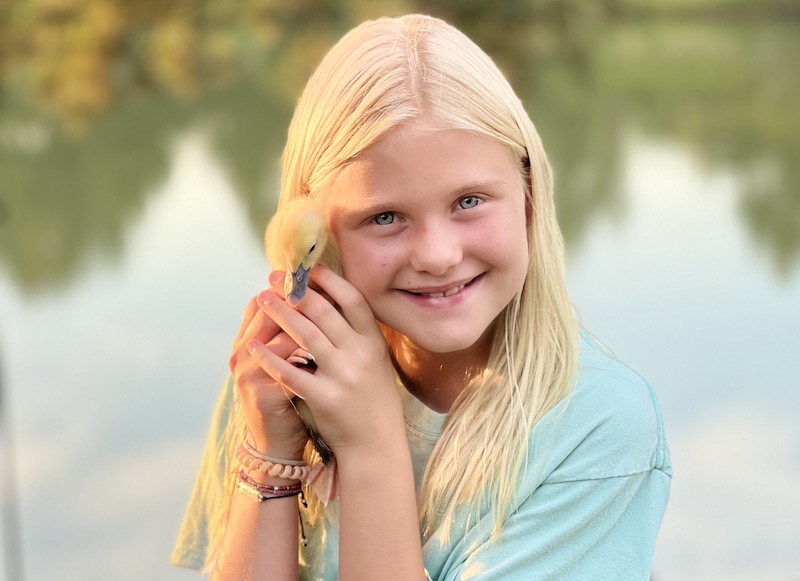 Bentley Thornburg, a ten year old from Columbiana, Alabama, got a very important lesson in grill safety this year. (Contributed)

COLUMBIANA – Bentley Thornburg, a ten-year-old from Columbiana, Alabama, got a very important lesson in grill safety this year.

On an average Monday evening, her parents decided to grill out for dinner. It wasn’t long after her first bite, however, that Bentley knew that something was wrong. As she swallowed, her dad told us that she was almost immediately brought to tears, and began to tell her parents that it hurt to swallow.

As it seemed for a short while to ease up, they watched her closely, but ultimately decided that something indeed had gone wrong and Bentley needed to be checked out. Bentley’s mom had remembered seeing a viral video about a child that had swallowed a metal bristle from a grill brush and quickly became suspicious that they may have a similar problem.

Bentley’s parents had been using a wire-bristled brush to clean their grill with each use, and she wondered if perhaps a bristle had attached to the meat they had prepared and been inadvertently swallowed by Bentley.

A trip to UAB and an x-ray, unfortunately, did not give the family any answers, so they were sent to Children’s Hospital for further study. It was there that a doctor finally saw that, sure enough, a bristle was caught in her throat.

It was decided that an endoscopy could help to retrieve the irritant, but that made Bentley a little nervous.

“I was really nervous about having to have an endoscopy, but it all turned out ok, and I got to take a good nap,” Bentley said. “It only lasted about ten minutes, but I ended up sleeping for a good hour.”

When they returned home from the initial emergency room visit, her dad, Danson Thornburg, said he went to the grill to look inspect it more closely and saw that it was full of loose bristles.

“We’ll never use one again after this experience,” Danson said. “Scouring pads and non-metal brushes are safer options.”

Additionally, Bentley’s case will be used to teach other caregivers about what to do when things like this come up in emergency rooms and doctors’ offices.

Dr. Rahmath Althaf at Children’s Hospital shared more insights into the story. She said while it’s not a common occurrence, it does come up from time to time and the difficulty can be diagnosing it. The bristles are so small they are often hard to locate with imaging and ultimately the worry is that a swallowed bristle will become embedded in the esophagus, or migrate through the digestive tract before the problem is identified. She said seeking out help as soon as you suspect there may be a problem can make locating the problem easier.