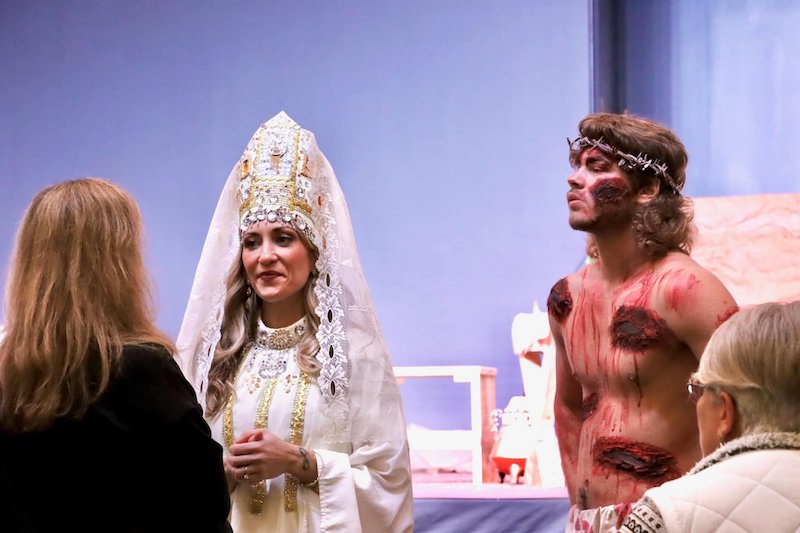 South Shelby Baptist will perform “His Name is Jesus” on Saturday, Dec. 17 and Sunday, Dec. 18. (Contributed)

SHELBY – South Shelby Baptist Church in Shelby is inviting the public to attend its free Christmas drama telling the story of Jesus in December.

South Shelby Baptist has been working on the special Christmas drama for more than a year now. While rehearsals didn’t begin until August, the writing and planning have been in the works since this time last year thanks to many church members who have given extra time to the production.

The drama, named “His Name is Jesus,” tells the traditional story of Jesus found in the bible but presents it to the audience in a way they don’t usually see it.

“It will be an experience that surrounds our audience from all over the sanctuary,” member Darlene Storey said.

“Over 60 members of the church make up the cast, five of which play the role of Christ at various points in his life. “One thing we are focused on is the story,” Storey said. “For instance, we aren’t handing out programs with the actors’ names. We want people to be focused on the message in the story, not who is in it. We do have a special thing we will be handing out at the end instead that we are very excited to share. “

“His Name is Jesus” can be seen at any of three different showings between Saturday, Dec. 17 and Sunday, Dec. 18, and each showing is free to the public. Saturday evening the church will offer its first showing at 6 p.m., and then again at 10:30 a.m. and 6 p.m. on Sunday. The Sunday morning show will take place instead of a regular church service that morning.

“It’s a really big production for a church of our size,” Storey said, relaying that the church itself has worked in the community for nearly two decades to draw people in. “The backdrop alone is over 80 feet, and the story is very scriptural and realistic, but we’ll tell it in a way you didn’t expect.”

She went on to say that there will be a nursery provided for children three years of age and younger. Pastor Derek Deavers will emcee all three showings of the drama.

After the drama, South Shelby also invites the community to join for other events such as their Christmas Eve Candlelight service at 4 p.m., or their Christmas Worship service on Christmas day at 9 a.m.

All are welcome to the production, and those interested can call South Shelby Baptist Church with any questions at 205-669-2099, or send a message through the church’s Facebook page by the same name.