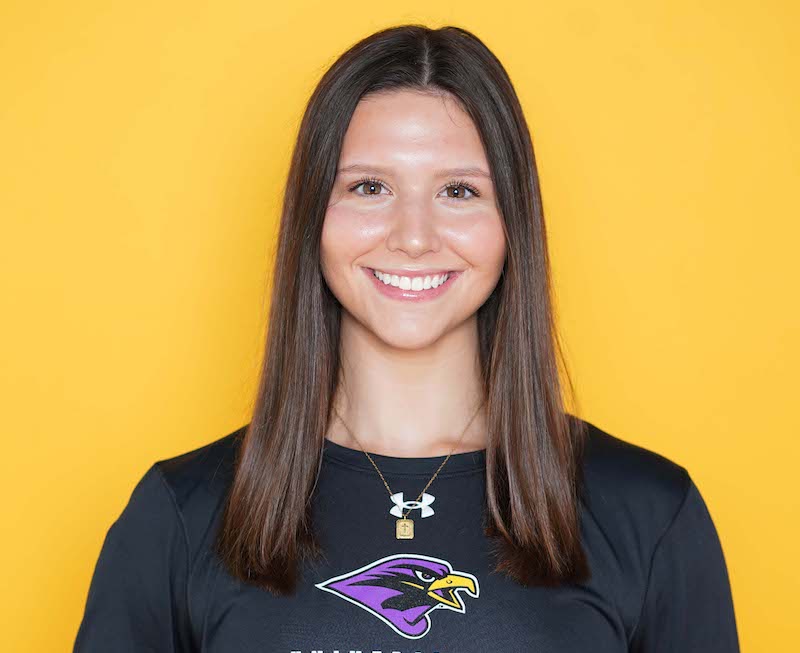 A University of Montevallo junior, Allie Dishman, worked at the Harvard Medical School National Center for Functional Glycomics under Dr. Richard Cummings, the Center’s director and a UM alum. (Contributed)

“Words can’t describe how amazing it was to study under him this summer,” Dishman said. “Dr. Cummings is the principal investigator of the lab where I studied and was so wise. He gave good advice about my future career in medicine.

“The fact that he’s a Montevallo alum is inspiring because he studied in these same buildings as where I studied and had a small-town start, but he’s made his mark in the science world, and I’m inspired that maybe his path can be mine one day.”

Dishman, who is a native of Carrollton, Georgia, and on a volleyball scholarship at UM – she was also named to the Gulf South Conference All-Conference First Team in November – said she’s been interested in doing undergraduate research for a long time. But never did she imagine that she would receive the opportunity to do so at Harvard with the most “passionate, well-educated scientists in the country.”

The opportunity to work at the Center for Functional Glycomics for eight weeks in June and July was made possible by Cummings and Montevallo science professors.

Cummings invites a Montevallo student to study in his lab annually as one of his many ways of giving back to his alma mater.

Dishman was offered the spot about five weeks before leaving for Boston. She was selected based on recommendations from her science professors.

“Without Montevallo, I would have never even heard of Dr. Cummings. I’m excited about the stepping stone this has made for my future goal of earning an M.D. and a Ph.D.”

“The Harvard Internship is the most exciting part of my experience here. Also, my relationships with my teammates will carry on past college. That’s what I cherish the most about being here at Montevallo.”