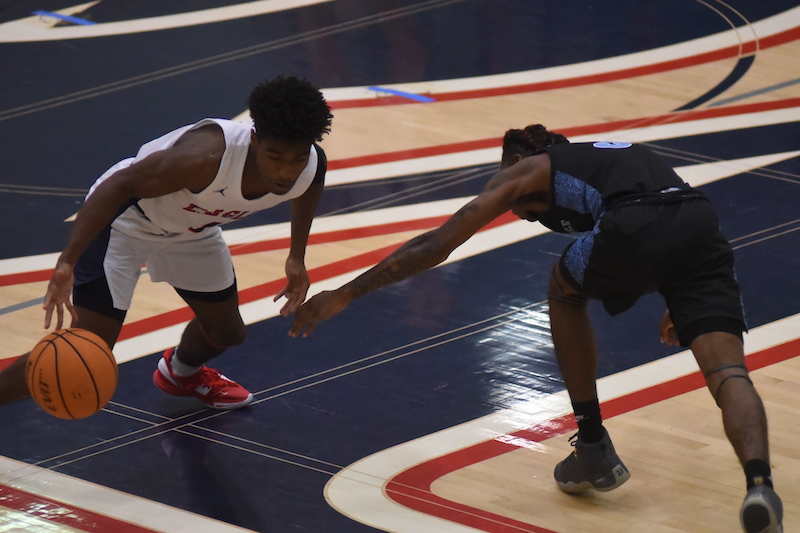 NORTH SHELBY – The Oak Mountain Eagles soared in their matchup against Leeds on Tuesday, No. 28. A powerful performance by an aggressive Oak Mountain offense picked up another win for the Eagles.

A total of eight players scored for the Eagles Tuesday night. Mathew Heiberger led Oak Mountain with 24 points by the end of the final quarter. Heiberger totaled eight rbs for the evening.

The Eagles travel to Stanhope Elmore on Thursday, Dec. 1 and host Helena on Friday, Dec. 2.