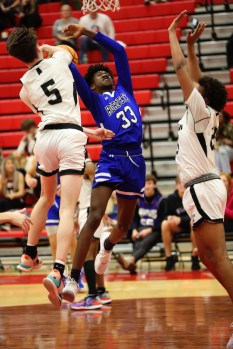 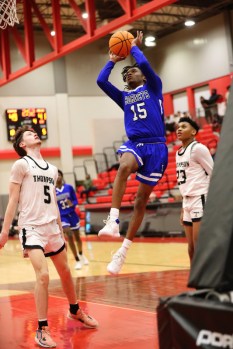 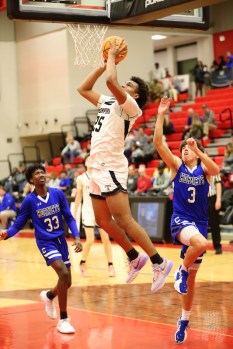 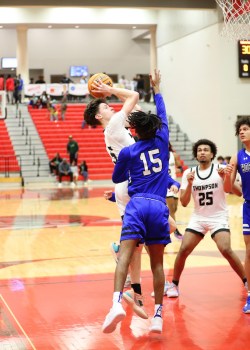 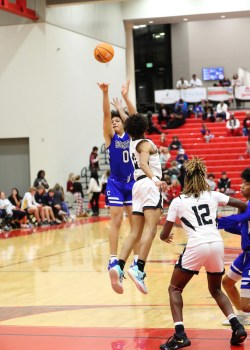 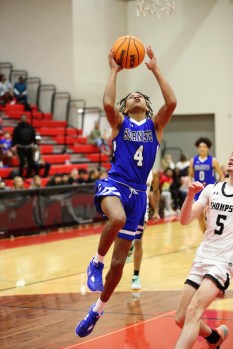 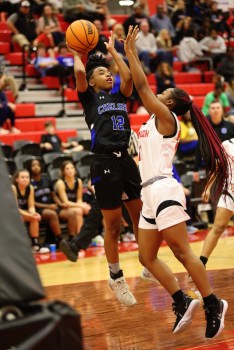 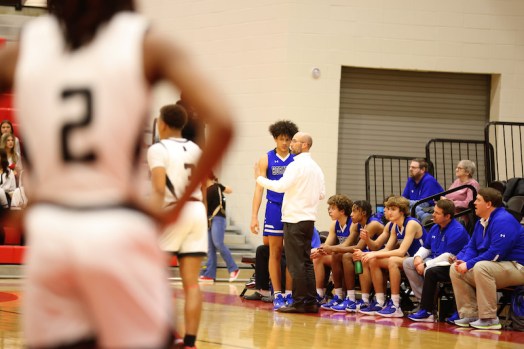 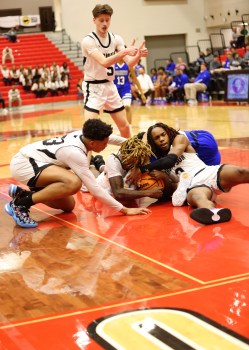 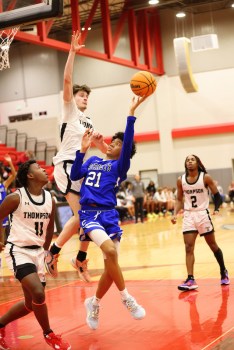 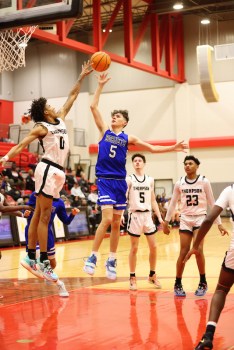 ALABASTER – The Thompson Warriors and the Chelsea Hornets boys basketball teams fought until the bitter end in its recent county battle on Friday, Dec. 2. After a close first half, the Warriors were able to pick up a bigger lead in the third that secured their latest victory against the Hornets.

The Hornets were tied to the Warriors 12-12 after the first quarter. MT Conrad led Chelsea with two two-pointers and a single free throw. Avery Futton went two for two from the free-throw line before picking up another two free throws and a two-pointer in the second quarter.

Paul Lanzi started with one free throw in the first but gained three points before the first half concluded. Gavin Collette, Alex Redd, Christen Whetstone and Aiden Owens totaled a combined 8 points to top off the Hornets’ halftime score.

The Warriors picked up their 26-23 lead after a strong performance by Jose Gonzalez. Gonzalez scored four points from two baskets knocked within the arc and two from the free-throw line.

Xzayvion Childress followed Gonzalez with five points from a free throw and two two-pointers. Tre Adolphus and Wooley totaled a combined three points to help build Thompson’s three-point edge before the second half.

Returning from the break, the Warriors adjusted their defense to limit the Hornets to only obtaining nine points in the third quarter. Futton, Lanzi, Redd and Owens were able to maneuver the Thompson defense to gain two points each.  Whetstone gained the extra point from his third-quarter free throw.

Thompson continued to find success offensively after totaling 18 points before the final quarter. With two three-pointers in the third quarter, Adolphus carried the Warriors.

Pringle and Childress both knocked down two two-pointers each. Green and Gonzalez totaled a combined four points.

Futton and Whetstone both knocked down a basket outside the arc. Redd knocked down one two-pointer and one free throw. Dylan Brown topped off the final score for Chelsea with two points.

Thompson finished its night from the free throw line. The Warriors totaled 13 points from free throws in the final quarter. Colben Landrew, Childress, Gonzalez, and Green knocked down their free throws. Landrew tagged on one more three-pointer before the game concluded.

The Warriors defeated the Hornets 58-47.