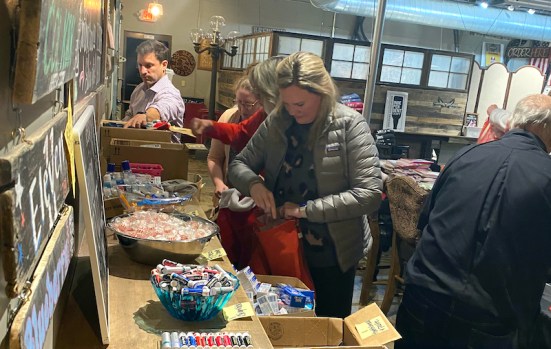 Siluria Brewing Company is remembering those that served this holiday season as they fill stockings for veterans at nursing homes. (Contributed) 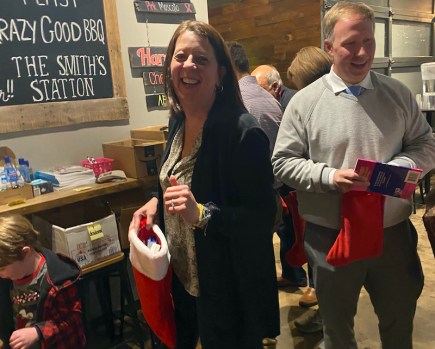 ALABASTER – Siluria Brewing Company is remembering those that served this holiday season as they fill stockings for veterans at nursing homes.

“In my mind it was reaching out to those who don’t necessarily get to leave or get visitors coming to them,” Events Coordinator Heather Ozment said.” So many people focus on kiddos at Christmas time, which is great. But working  at a place that is veteran owned, I feel like I’ve had my own eyes opened to different groups of people who are neglected, especially at the holidays. And so, that’s where I got the idea to support the soldiers through the stockings.”

The suggested items to donate for the collection are as follows:

“We really hope the community will drop off items or monetary donations at the brewery, so we are able to shower our soldiers with love and gratitude for all of their sacrifices,” Ozment said. “Those soldiers who have served should never be alone or feel unappreciated, especially at the holidays.

The Kiwanis Club of Central Alabama assisted with the donations and met at the brewery on Thursday, Dec. 1 from 5:30 to 6:30 p.m.

Daniel Logan, a member of the Kiwanis Club of Central Alabama, shared his thoughts on the event.

“The event went very well, especially for our first action as a club,” Logan said. “With the short amount of time, we were able to raise enough money and pull our resources together by partnering with Siluria Brewing Co. We can always accomplish more together and we hope to partner with them more in the future.”

The partnership between the two began with a previous charity event.

“I met Daniel Logan while I was representing the brewery at the Noah Galloway No Excuses Charity Golf Tournament,” Ozment said. “Our paths crossed again and while Daniel and I were visiting, he mentioned that he was a veteran. At the time, Siluria was in the planning process of our Stockings for Soldiers Campaign and immediately our light bulbs went off. Daniel wanted to contribute to the cause from himself and his personal business, Edward Jones. He then called me later to take it a step further by asking if we might want to collaborate with his Kiwanis International Club. He stated it perfectly in one of his emails to me, ‘We can accomplish more together, right?’”

Logan shared his reasoning for assisting with the collections.

“Kiwanis mainly is about helping children,” he said. “However, our veteran community is near and dear to us all. Plus, these veterans were once children themselves. It’s an honor to serve those who have served us.”

Those interested in joining The Kiwanis Club of Central Alabama or want to learn more, may contact Daniel Logan at 205-332-9177. The club meets every third Thursday at Siluria Brewing Co. from 5:30 to 6:30 p.m.

Those who wish to assist with the stocking stuffing can drop of the goods at Siluria Brewing Company in Alabaster at 145 1st Ave W, 35007.

“I love the fact that working here has really opened my eyes to different behind the scenes that things that go on for veterans,” Ozment said. “Different obstacles that they face once they’re out of the service and that’s where it really motivated me to do something for them for Christmas. People need to be more cognizant of just what they go through.”