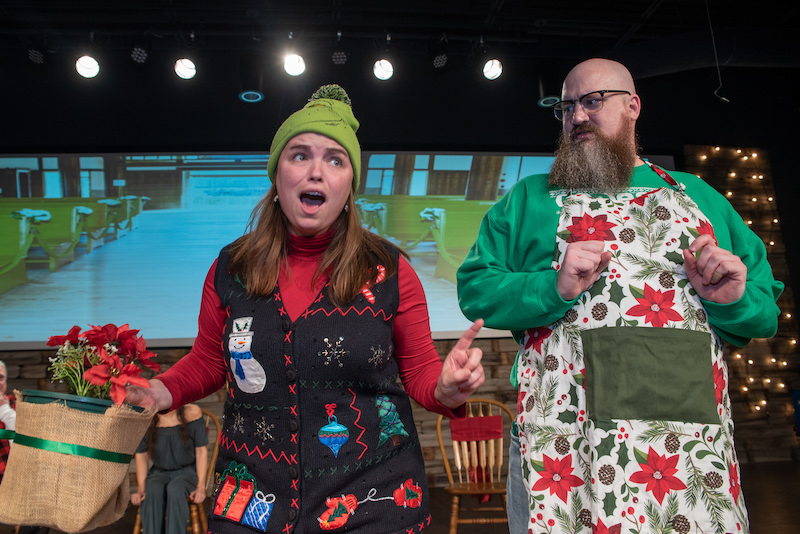 South City Theater will hold its “Not so Retro” Christmas show on Friday, Dec. 9 at 6 p.m. (File)

General admission is $18, seniors and students are offered $15 admission and groups of 10 can be offered a ticket for $12.

The “Not so Retro” performance is a Christmas variety show, and emcee and performer Jim Bailey said many are excited for the performance.

“It’s like an old-fashioned variety show that you might see on television,” Bailey said. “We have music by local talent, kids from our “acting up” children’s program, and it’s just a lot of fun.”

All tickets are $20 at the door if not purchased ahead of time, and Bailey described this event as fun for the entire family.

“We have a great cast,” he said. “It’s going to be funny and fun. It is something you can take your kids to.”

Bailey said there were Christmas shows in the past, but this is the first time South City Theater has put on a variety show.

“Everybody is excited,” he said. “It is such a fun ensemble event. It’s adult, it’s kids and everybody is just having fun. We have the kids involved with it too, and it’s just a really fun program.”

The show will be a festive event for anybody looking for a little extra fun this holiday season.

“Everybody needs to come out and see this show,” Bailey said. “You’re going to have a great time.”

More information about the show can be found at Southcitytheater.com.