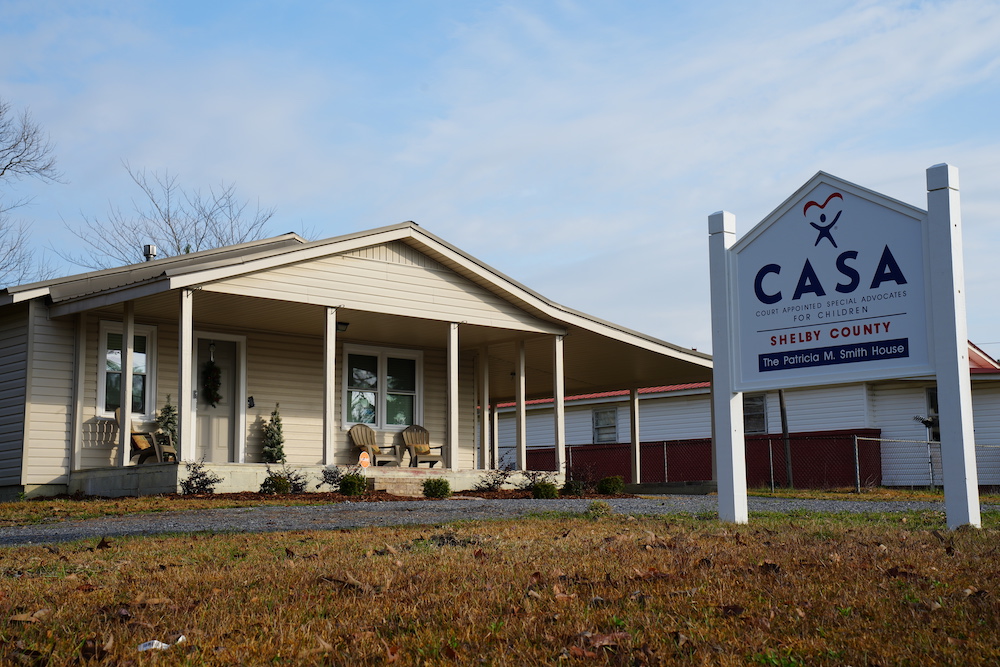 The Patricia M. Smith CASA House will serve as an office and supervised visitation location for the abused and neglected children of Shelby County. (Reporter photo/Alec Etheredge)

COLUMBIANA – Columbiana has a new house, the Patricia M. Smith CASA House located at 438 West College Street. It will serve as an office and supervised visitation location for the abused and neglected children of Shelby County under the care of the Court Appointed Special Advocates (CASA).

In 1996, then presiding District Court Judge Patricia “Patti” M. Smith founded Friends of the Court, Inc./CASA of Shelby County with a few volunteer board members, no CASA volunteers and no financial support. CASA now serves more than 100 children and remains the only program of its kind in Shelby County. Today the program is under the direction of Family Court Judge Jim Kramer until District Court Judge-Elect Erin Welborn takes the bench in January of 2023.

CASA also provides a parenting program and supervises visitations with CASA children who are involved in the court process who might not get visitations otherwise. The new house will be a welcomed addition to an excellent program and all the children and families CASA serves.

“When it came time to naming the house, the board and I knew there was only one thing to do,” CASA’s Director Beth Chapman said. “Judge Smith started the program from the ground up with very few resources and this has been a dream of hers for many years. CASA is thriving today and changing lives for the better because of her work in the early days. We knew it had to be named in her honor.”

Smith served as Shelby County’s only Family Court Judge for 25 years and served on the Alabama Supreme Court for six years. She remains one of the state’s leading authorities when it comes to children’s issues.

“It is truly humbling and the honor of my career to have such a useful and much-needed house named in my honor,” Smith said. “I know many lives will continue to be changed due to the work of CASA. That is my prayer – that it will be a house of hope for children in need.”

CASA is funded in part by the Children’s Trust Fund, a Shelby County Community Grant and various other corporations, foundations and individuals.

For more information on how you can become a CASA Volunteer, visit Casaofshelbycounty.org.