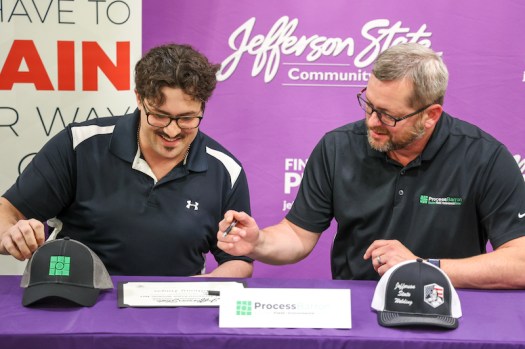 Evan Timpa of Pelham officially accepts an apprenticeship with ProcessBarron during an Apprenticeship Signing Day event at Jefferson State on Wednesday, Dec. 7. (Contributed) 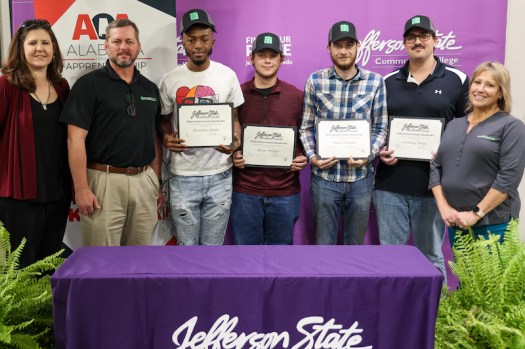 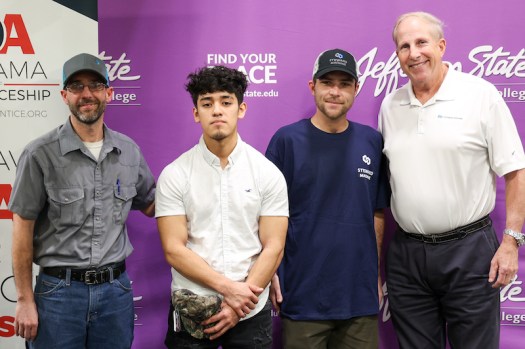 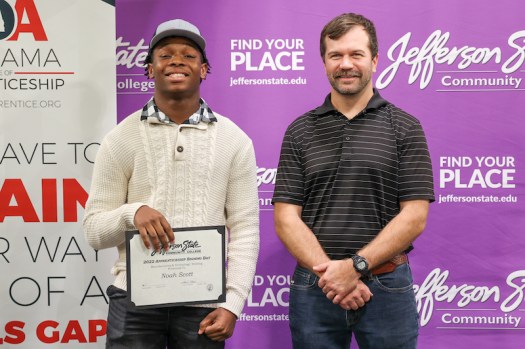 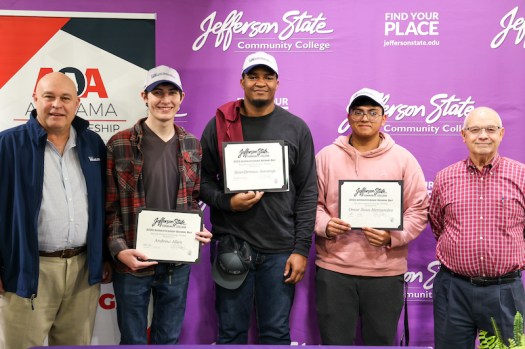 The event was held on Wednesday, Dec. 7 at the Welding Center on the Shelby-Hoover campus.

“I’m grateful for the opportunity to work with Jefferson State,” said Kristen Holder, project manager with the Alabama Office of Apprenticeship, in an official press release. “You have a fabulous set of people that want to support you along with so many different employers in the room. So, I want to say congratulations. Know that you have these folks who are your advocates as well as the state—we are there to make sure you are successful throughout your program.”

Apprenticeship programs are an industry-given, high-quality career pathway in which an individual can obtain paid work experience, class room instruction, mentorship and a nationally-recognized portable credential. Salaries are earned as apprentices learn, working full-time at an employer company and as they attend classes toward a degree or certificate.

The students who officially accepted apprenticeship offers on Dec. 7 included:

Representatives from each of the companies participating in the apprenticeships were present at the ceremony to congratulate the students on this important step in their careers.

“It’s a perfect match for those things to come together,” Scott said. “There were a lot of people who worked in the background for a long time to get this going. As a community college, we look forward to building these partnerships.”

Those who wish to learn more about Jefferson State’s Welding Technology program and apprenticeships can visit Jeffersonstate.edu/welding.