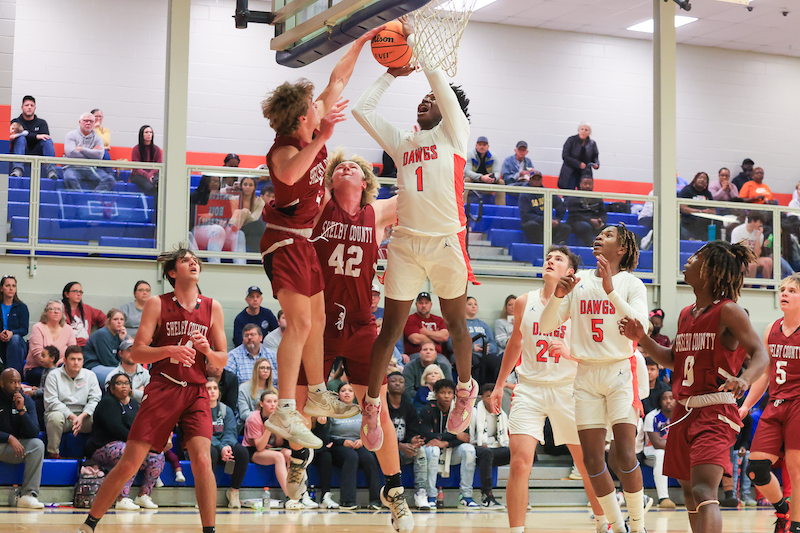 MONTEVALLO – The Montevallo Bulldogs added another victory to their latest winning streak on Saturday, Dec 10. The Bulldogs defeated Oak Mountain at Westminster 71-50.

Keiston Ross led the Bulldogs in the first half after knocking down four baskets inside the arc and four directly from the free-throw line. Ja’Von Chism followed Ross with seven points totaled from two two-pointers and a three-pointer.

Montevallo takes on Oak Grove at home on Monday, Dec. 12.