Local Board of Education members receive All-State School Board Award 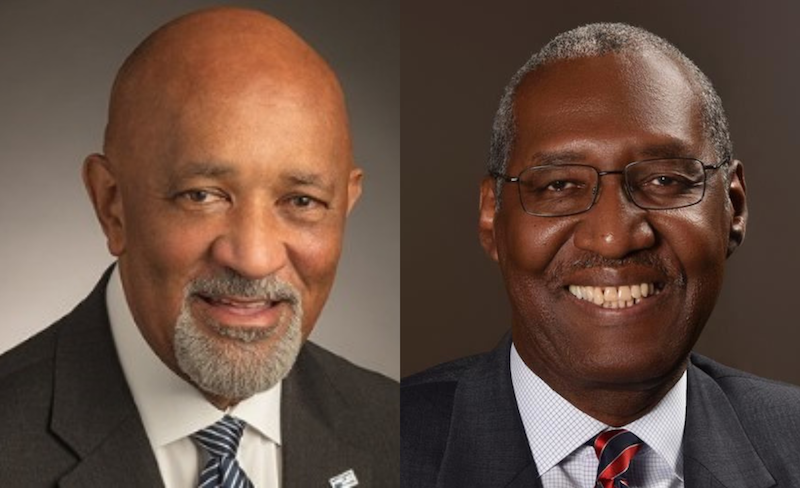 Aubrey Miller of the Shelby County Board of Education was one of four All-State School Board Award recipients. An award that is AASB”s highest honor for school board members.

“Mr. Aubrey Miller is a person that is full of love,” SCBOE Vice President David Bobo said. “That is what drives him to help our school system. If you love something you are going to pour yourself into it and give the best you’ve got and he has that. He’s got that heart, he’s got that caring that is going to drive his every move to make our school system better.”

Miller has served on the SCBOE for 12 years and for 10 of those years his peers on the board selected him to be president of the Board, Representative Arnold Mooney said.

“He’s been the steady leader of our school board through good times, some difficult times, but we have had a real blessing to see our school system in Shelby County grow and prosper,” Mooney said.

Miller shared his thoughts on the role of a board president.

Miller expressed his thanks for the award.

“The thing I would like to say to those who nominated me is ‘Thank you,’” he said. “I am honored, highly honored. For 12 years I have served in this role, and it has been a tremendous blessing to me, and I hope it has been a blessing to this community.”

Alabaster City Schools Board of Education Vice-President Derek Henderson also received the 2022 AASB All-State School board accolade. Henderson has nine years of service and this accolade was also previously bestowed upon the current ACS School Board President Adam Moseley in 2019.

“I think school board members are important because they represent the community,” Moseley said. “We’re all here for a certain reason. Our goal is to provide as many opportunities for our kids, make sure they have a great education in a safe environment, and that takes a certain type of person.”

“What makes Derek Henderson a great school board member is his love of our community and his personal relationship he tries to develop with our students and our community,” Vickers said. “I think that is what makes him such a great person, probably one of the most wonderful individuals you’ll ever be around.”

Henderson shared his thoughts on received the All-State School Board award.

“I’m humbled and very, very thankful and appreciative of this honor and again I’d like to say this is an honor for the entire school system, it’s not just an honor for me,” He said. “I want to say thank you, thank you to those who nominated me, those who supported me and those who continue to support me on the school board.

Those who wish to keep up to date with the AASB may follow its official Facebook page at Facebook.com/AlabamaSchoolBoards.