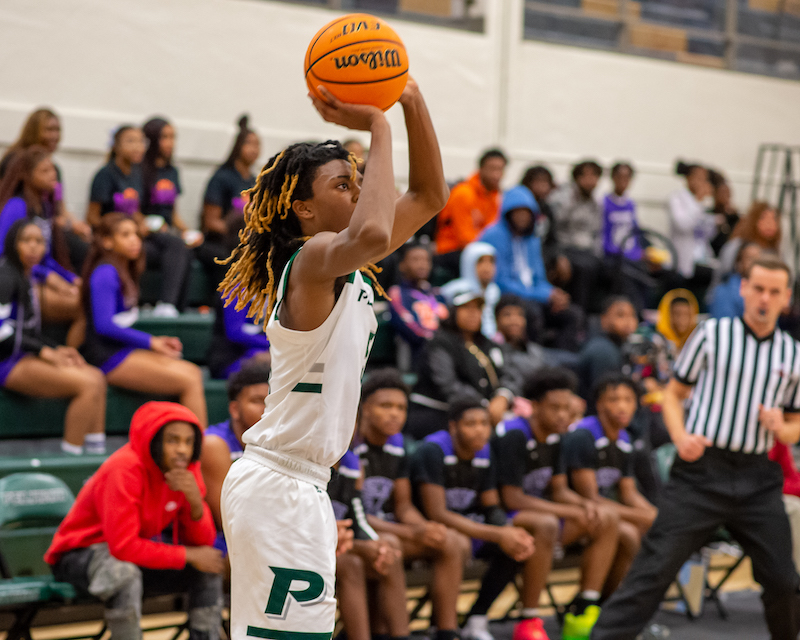 PLEASANT GROVE – Pelham continues to find success this season after taking on the Pleasant Grove Spartan on Saturday, Dec 10. The Panthers picked up their 73-66 victory after gaining the lead early on in the game.

The Panthers pulled away with a 36-25 after the first half, but not without a fight from the Spartans. Pelham and Pleasant Grove were tied 15-15 after the first quarter. The Panthers fought more offensively aggressively in the second quarter and picked up 21 points in the process.

Thompson Gennari went four for four from the free-throw line and tagged on a two-pointer. Jackson Germek knocked down one field goal totaling three points. Corey Perkins totaled a two-pointer and a three-pointer.

The Panthers’ lead bled into the second half of the Saturday game.  Pelham picked up 17 points in the third quarter and 20 points in the final quarter.

The Spartans returned to the court more offensively driven and picked up 21 points in the third and 20 points in the fourth quarter. However, Pleasant Grove’s great attempt to even out the score fell short.

Hollis carried the Panthers in the second half with four free throws and two two-pointers. Perkins followed Hollis with three baskets knocked down outside the arc and one from the free-throw line.

Wimberly knocked down four field goals totaling eight points for Pelham and Gennari tagged on another four points to the Panthers’ final score.