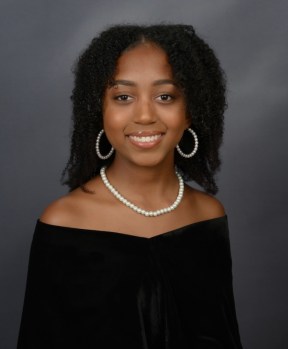 The achievement-based scholarship is awarded to seniors for their capacity to lead and serve and their commitment to making a significant impact in their schools.

“I currently hold four leadership positions in a variety of in-school clubs such as Model United Nations and Spanish Club,” Jones said. “I try to participate in as many community service opportunities as possible, and in 2022, I have dedicated at least 42 hours to serving my local community.”

Jones said the Coca-Cola Scholarship will help alleviate some of the financial pressures associated with higher education.

“The cost of my higher education will be significantly lowered, so I will be able to divert more attention to my passions, which include fitness and studying abroad,” Jones said.

Jones was one of 1,557 semi-finalists selected from a pool of more than 91,000 submitted applications from across the United States, according to information provided by THS. Her application will continue to the next round of the selection process.

Jones said some of the highlights from high school have included any opportunity she has had to hang out with her friends in and out of school.

“Pep rallies and football games will always be a personal favorite,” Jones said.

Jones is currently undecided as to which college she will attend in 2023, but she knows she plans to study marketing or economics.

Now in its 35th year, the Foundation has provided more than 6,600 Coca-Cola Scholars with more than $78 million in educational support.