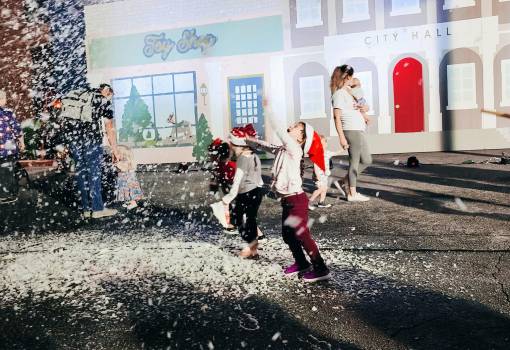 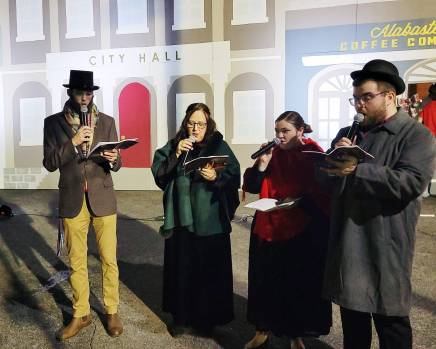 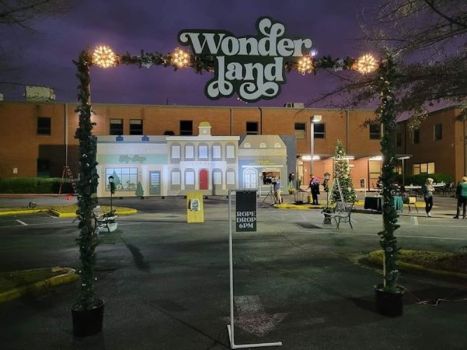 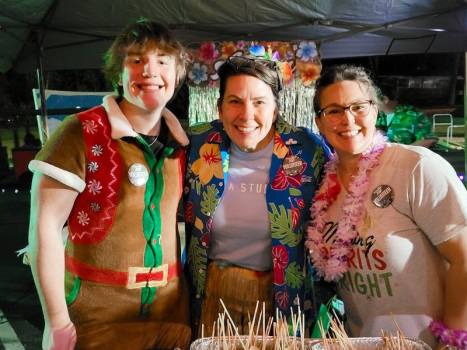 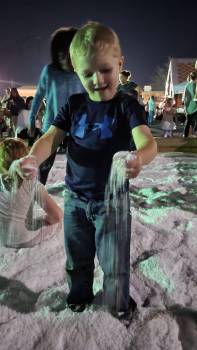 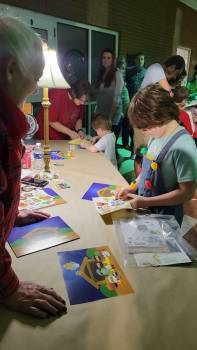 The Wonderland event was free, but families were asked to reserve their tickets in advance to help event organizers better prepare for the crowd size.

“We had a really great night,” Church pre-school and children’s Minister Amber Bennefield said. “It was a little warm for a Christmas festival, but it was so wonderful.”

More than a thousand people attended and volunteered for the event. There were also about 200 people who left a prayer request on the tree, Bennefield said.

“We just saw a lot of smiles and just the kids were having a really good time,” she said. “It was just really sweet. Just a Christmasy special night with our family. A lot of people from our community came out, so it was really good to see them.”

Some things featured at this year’s event were “Snow Much Fun” where a special area of snow was featured for children to play and build a snowman in; “Mele Kalikimaka” allowed event attendees to experience “Christmas in Hawaii” where they can make a lei and grab some grilled pineapple; a gingerbread village featured gingerbread mini-golf, cocoa and fresh baked cookies; “A Very Merry Christmas” carnival allowed children to play a carnival game and win a Christmas prize; a King’s Cross Station had the Bethlehem Express where attendees could journey to the first Christmas and experience the wonder of Jesus’ birth and “Town Square” where families had picture taken, enjoyed snow flurries and listened to carolers.

The event was free and for all ages.

“Someone told me that someone came up to them and asked them, ‘How do I get tickets from the train or do I pay for cash with the food,’ and we told her that it was all free, just our gift to the community,” Bennefield said. “She was really overwhelmed and thankful that she was able to bring her kid and he could do whatever he wanted, and she didn’t have to worry about being able to pay for it. I think that aspect of it was really a blessing to our guests that we had it covered. We just wanted them to come and have a nice time with their family.”

Bennefield shared her thoughts on next year’s festivities.

“We just would like to have more people, obviously the more the merrier,” she said. “We just want to take some of the ideas that we weren’t able to accomplish this year, just ran out of time, and hopefully just make it better each year. How can we make sure everyone hears the story of Christmas before they leave our facility.”