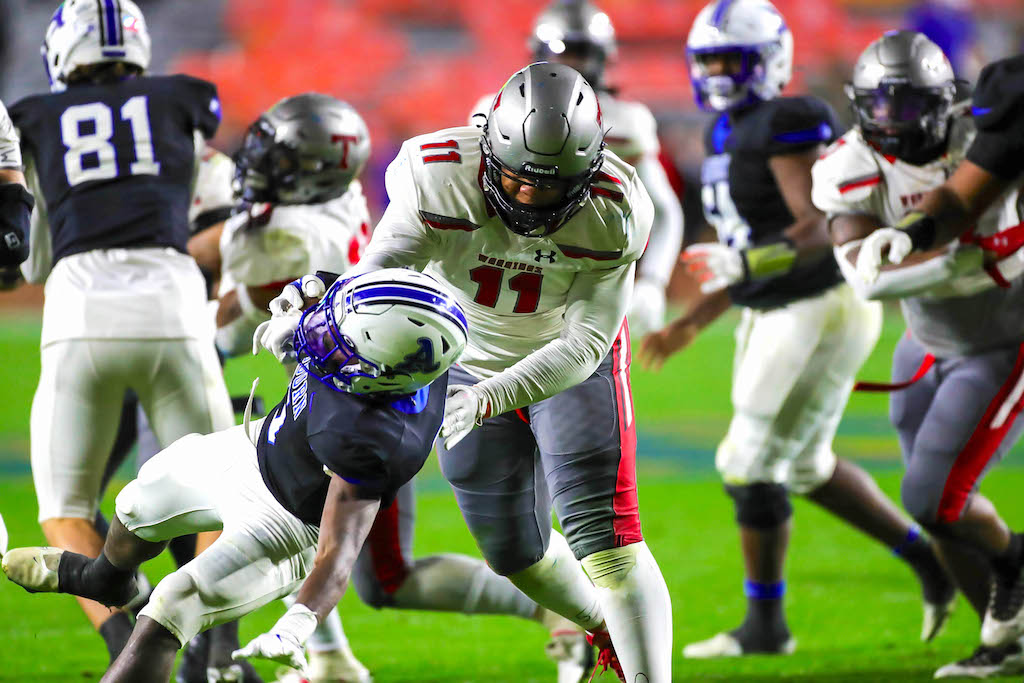 Thompson senior defensive lineman and edge rusher Peter Woods has been named the Shelby County Player of the Year for the 2022 football season. (File)

ALABASTER – Following a 0-2 start to his senior season, Peter Woods and his teammates at Thompson were at a crossroads—find their path or see a state championship streak come to an end.

Close to three months later, Woods walked off the field under the lights of Jordan-Hare Stadium in Auburn as a state champion for the fourth year in a row.

“It’s really a blessing,” he said after a 49-24 victory in the title game. “Who would’ve thought? Me and my senior class coming up, we weren’t the best team in middle school, we got drubbed, 0-10, 0-8, I’m talking about really, really bad from third to about eighth grade. A lot of people counted us out, especially early in the year. I heard a lot of ‘I told you so’s,’ but we just kept fighting. Like coach (Mark) Freeman preaches to us all the time, our journey is something that only believers could even think would happen. We set that platform up for God, and he’s standing on it.”

Woods, a five-star recruit heading to Clemson, was a big reason in the team’s turnaround, as he finished his senior season with 89 total tackles, 24 tackles for loss and 11 sacks against some of the state’s and country’s most talented teams.

The most disruptive player in the county this season, facing double teams and with offenses doing everything they could to slow him down, he still had as big of an impact as anyone. 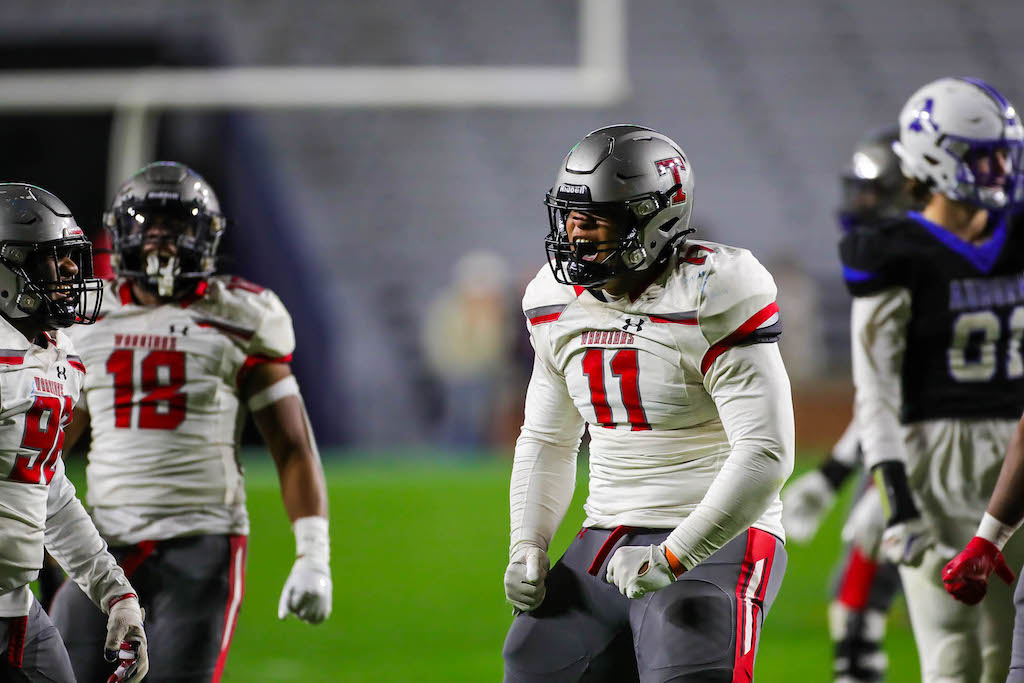 That effort was more than enough to earn him this year’s Player of the Year award in Shelby County.

In what was a defensive year for the county with several defensive players in the running for this year’s award, Woods always stood out as the most dangerous threat.

He was pushed by teammate Anquon Fegans, as well as Vincent’s Zack Wright, Calera’s Michael Banks-Mason and Oak Mountain’s Garrett Murphy, but Woods’ presence was the most dominant of any this season.

Woods gave a lot of credit to other greats before him similar to Jeremiah Alexander and Jax Van Zandt.

“It means a lot to me to have played with those guys,” Woods said of the leaders who helped inspire him. “They took me under their wings when I came up as an eighth grader and a freshman, the Jax’s, the Jeremiah’s and the Trequon’s, and even people long before that. It means a lot to me being that guy and being the guy that can pass the torch down to the younger guys that we have, some of the juniors and sophomores that are emerging, and that’s what they’re going to be next year so keep an eye out for that.”

His play in the playoffs this season was also taken to a new level, showing his determination for a state championship with 24 tackles, four tackles for loss and two sacks in the playoffs.

After the championship win, Freeman attributed that success to his work ethic and leadership skills.

“There are many nights that I leave my office at 7:30, 8 at night and Peter Woods has the young defensive linemen in there working,” he said. “There are so many things about that young man that wherever he goes to college, they’ll understand it, but there is so much to him that is outside football. His football skill amazes me, but as a person, he’s off the charts.”

That same effort was also showcased during Alabama-Mississippi All-Star game week in which he finished with eight tackles, including seven for a loss to earn the game’s MVP award.

His goal coming into the season was to close out his high school playing days with a state championship all four years, and now, he has accomplished that and will walk away with the county’s Player of the Year award.