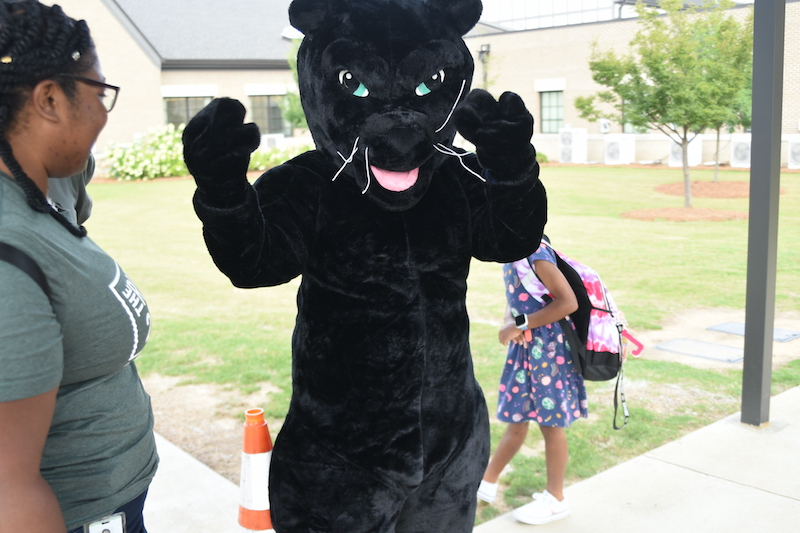 PAWS was featured alongside Birmingham Bull’s Toro the Bull mascot, the UAB Blazer mascot, Blaze and others on Wednesday, Dec. 14.

Sloan Bridges has never attended the mascot event at UAB before and said he enjoyed the experience.

“I had such a great time,” Bridges said. “I always have a lot of fun when I’m in the mascot suite, but being with other mascots, especially professional ones, made it even better.”

Sloan said his first time putting on the PAWS costume and being the mascot was during the Pelham vs. Helena game on Friday, Sept. 16.

“My favorite part about being PAWS has to be how connected I feel to the Pelham community,” Sloan said. “I feel very welcomed into the community, and I love it.”

PAWS can be seen at many Pelham events including football games, pep rallies and at the first day of school to welcome students.

“I just want to thank all the people behind me making PAWS possible,” Sloan said. “Valerie Slay, the SGA sponsor, is the biggest help with all of the things PAWS has to go to. Whether it’s parades, sports games or a miscellaneous event she is always involved in getting me there.”