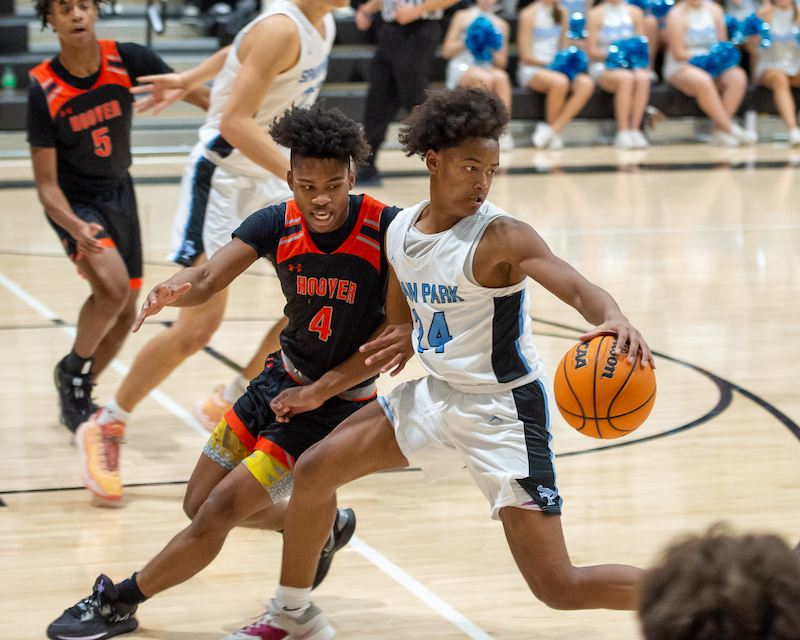 The Jaguars took down the Rebels on Wednesday, Dec. 21. (For the reporter/Larry Dancy)

SCOTTSBORO – With only a few more games until the new year, the Spain Park boys added another win to close out 2022. The Jaguars knocked down the Franklin County Rebels in the 2022 Scottsboro Tourney on Wednesday, Dec 21.

The Jaguars secured their victory early on in the game after picking up 21 points in the first quarter and another 16 in the second quarter. While Spain Park was aggressive offensively, the defense limited Franklin County to only 10 points in the first half.

Sam Wright led the Jaguars after going four for four from the free throw line and knocked down eight field goals totaling 16 points. Zach Grey followed Wright with three baskets knocked down inside the arc, two from outside the arc and tagged on one free throw.

Spain Park knocked nine field goals and five free throws in the last two-quarters of the game. Jackson Bradley led the Jaguars with two baskets inside the arc and one basket outside the arc.