Pelham girls bounce back and takes down No. 9 Blount 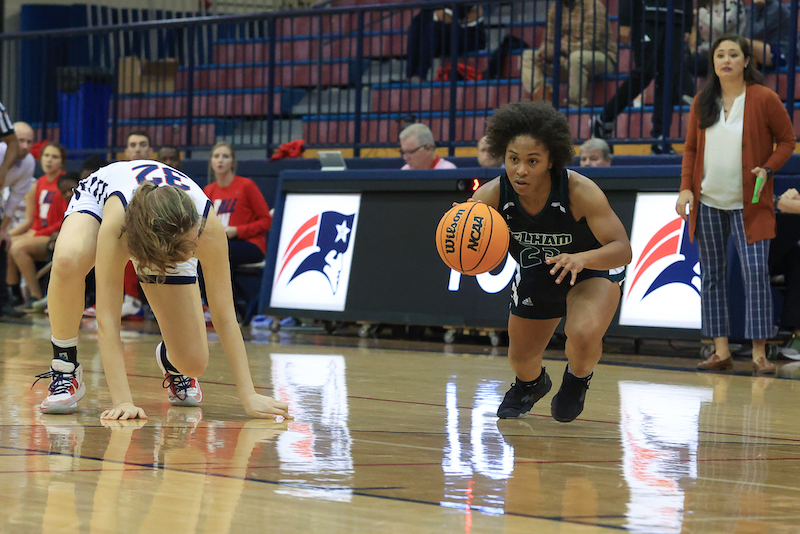 The Panthers took down the Leopards on Tuesday, Dec. 20. (File)

PELHAM – Coming off back-to-back losses against No. 9 in the 7A classification, Chelsea and No. 6 in the 6A classification, Hillcrest. The Pelham Panthers girls basketball team faced yet another ranked team before the holidays.

The Panthers overcame their 7-10 first-quarter deficit to take down No. 9 Blount on Tuesday, Dec. 20. Pelham defeated the Blount Leopards 52-36.

In the opening quarter, the Leopards limited the Panthers to being only able to knock down seven points. However, Pelham kept the game close by applying defensive pressure to Blount before the second quarter began.

Pelham’s Laci Gogan and Tiauna King knocked down one field goal adding a combined six points to the Panthers’ first-half score. Gogan tagged on two free throws and Niles Daniel topped off the score with a two-pointer.

Coming out of the break, Pelham continued to make more adjustments on the offensive end of the floor and quickly picked up a considerable edge over Blount in the process. The Panthers were also able to hold back the Leopards in the second half of the game.

The Leopards were limited to only three points in the third quarter and another 13 points in the fourth quarter by the Pelham defense.

The Panthers picked up 10 points in the third quarter from five field goals knocked down by four players. Pelham finished the night on a high note after knocking down 18 points in the final quarter.

Gogan led the Panthers in the last two-quarters of the game after going three for three from the free throw line and knocking down two two-pointers. Wynn followed Gogan with six points from three field goals.

Kaitlyn Hollingsworth and King both totaled four points each. Daniel tagged on another two points to conclude the game from the Panthers.