Shelby County Investigator to retire after 25 years of service 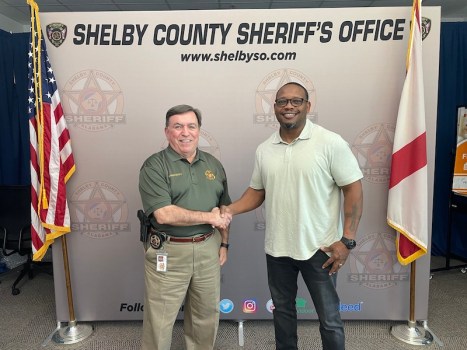 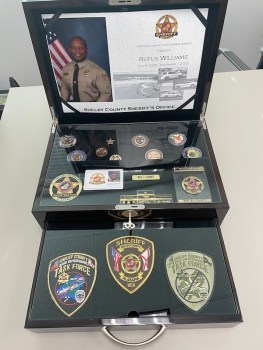 Rufus will retire after more than 25 years of service to the State of Alabama.

“His standard of excellence has never waned, and his loyalty to service remains above reproach,” read an official Facebook post by the Shelby County Sheriff’s Office. “Rufus is retiring with all honors and privileges of a respected career law enforcement officer, and he will be dearly missed.”

“Rufus is one of the best law enforcement officers to ever wear the badge in Shelby County,” said Maj. Clay Hammac of the Sheriff’s Office. “We worked narcotics together for many years, and I’ve never known a more devoted cop to the mission of drug enforcement and eradication.”

Rufus has served as an FTO, a TRU Operator, a narcotics investigator, an evidence technician and as a special deputy with the U.S. Marshal during his time assigned to the DEA.

“Our community is better and safer because of his service,” Hammac said. “He is due all the honors of a respected law enforcement officer retiring from a noble profession.”

Rufus has been the recipient of multiple commendations during his service and was named the Officer of the Year in 2020.

“Congratulations on your well-deserved retirement, my friend, and thank you for the great memories and  the countless times of pulling me and our counterparts out of some pretty scary situations in our career,” Hammac said. “Love you, brother.”