Sports Column: To dunk or not to dunk? That is the question 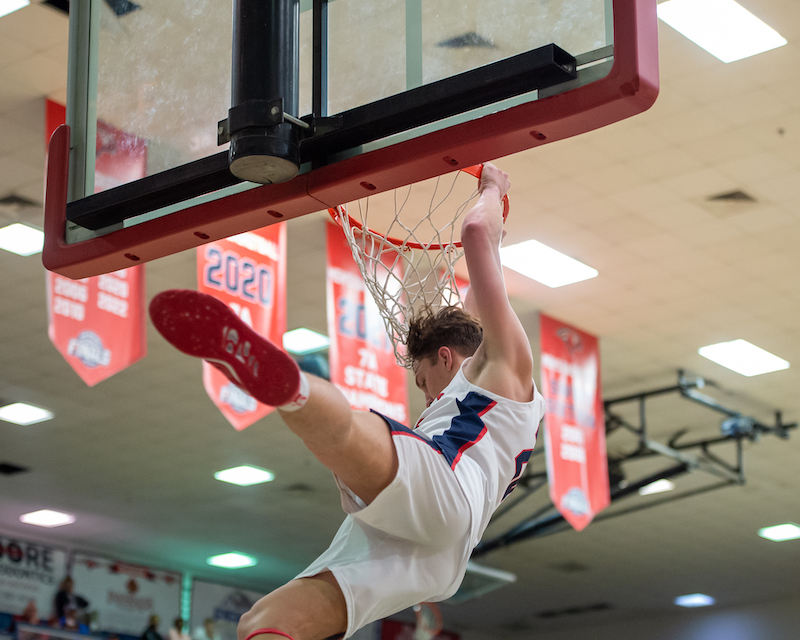 Is dunking just vanity points? (For the reporter/Larry Dancy)

Let me start this off by saying how badly I struggled with trying to come up with a way to discuss the purpose of this column. If I haven’t made it clear enough already, let me just say it plain and simple-basketball is probably one of my favorite sports to watch and discuss. So, this brings me to this week’s column, is a dunk just vanity points?

A while ago, I had an interesting conversation with a former basketball player about dunking the ball in a game. This player, who could dunk, said that dunking a ball is just vanity points for a player. As someone who is 5’2 and wishes they could dunk a basketball without severely lowering the net, I actually beg to differ. If a player can dunk the ball every single time, how is that any different than a layup? They both are two points, but if a player absolutely knows they can dunk that ball every single time, what’s the difference from making a layup?

This goes to the point (no pun intended) that every point matters in every single sport and game. I would say the baskets that I see that are attempted outside the arc are much riskier than making a dunk shot. Missed three-pointers add up, and games can be won or lost by a matter of points, so those dunks can become as safe of a bet as a layup in a way.

Now dunks might be the purpose of this column, but it’s truly about the importance of points. Even Shaq knew his continuous trend of missing almost every single shot inside the paint cost his team some games during his career. But do you know what he could do? Dunk. Shaq dunked an estimated 2,626 times in the 19 years he played in the NBA. That’s roughly 5,252 points added to the scoreboard that either helped win games or kept them close. So, that could have easily made up for his lack of talent at the free-throw line.

Who would Michael Jordan be without dunking? Okay, maybe he would still be an incredible athlete, however, his brand image would be drastically different. When people think of Jordans, they think of that iconic image of Jordan’s slam dunk.

I’ve seen sports writers and columnists in the past discuss how a dunk and layup are each worth two points, but the layup is easier and protects a lead when the game goes insane. However, would a player who can dunk be protecting the game by dunking? I am not saying that everyone who can dunk can dunk the ball every time, but I have seen several players in the county dunk almost every time they get the ball.

As much as it pains me to say this, yes, dunking is vanity points but they are vanity points that matter. It’s bewildering to think that someone who could dunk almost every chance they got would say that, but you know they probably loved the thrill they got from those “vanity points.” Dunking the ball isn’t just for the players, have you seen how electrified a crowd gets when they see a player dunk?

Yes, there might be moments in which a player wants to reap the accolades that follow when making a dunk. And yes, there might be some clouded judgment when a dunk might not be the best decision when getting the ball into the net, but it’s all the highs and lows that come along with the sport. Maybe vanity is in the eye of the beholder but a point is a point, and they all add up somehow.