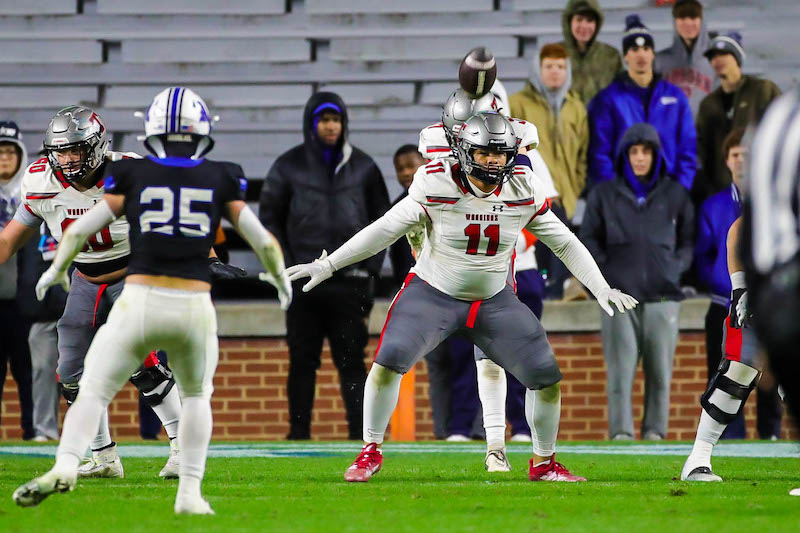 With the high school football season behind us, awards continue to pile in for the best players from the 2022 season, and two local players earned more recognition on Sunday, Dec. 25.

Those two athletes, who were also named to the All-County and All-State teams, have now been named finalists for the Class 7A Back and Lineman of the Year awards.

They will also be in the running for a spot on the Super All-State Team and the coveted Mr. Football Award, which goes to the best player in the state regardless of classification.

Feagans and Woods both swept the Class 7A awards already this season with both players were recognized on the All-County and All-State teams. Woods was named the 2022 Shelby County Player of the Year.

A five-star recruit heading to Clemson, Woods finished his senior season with 89 total tackles, 24 tackles for loss and 11 sacks against some of the state’s and country’s toughest teams.

During the Alabama-Mississippi All-Star game, Woods finished with eight tackles, including seven for a loss to earn the game’s MVP award.

In his fifth season at Thompson, Woods brought home the Warriors’ fourth consecutive 7A State Championship.

The sophomore from Thompson, Fegans proved why he is one of the most recruited young players in the country. He totaled 67 tackles with one tackle for loss, but he led Shelby County with nine interceptions and three pick-sixes, making him one of the top defensive backs in Alabama.

The two finalists represent Shelby County out of the 48 football players named in the 2022 finalists list.

An awards ceremony banquet and luncheon will be held on Thursday, Jan. 12 at the Montgomery Renaissance hotel to announce the winners and recognize the finalists.