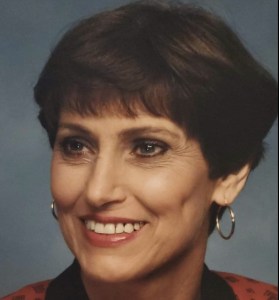 Mrs. Billie Barnett Wyatt Davis, of Alabaster, Alabama, passed away Tuesday morning, December 20th at Wiregrass Nursing Home in Geneva, Alabama, at the age of 85. A visitation will be held on Wednesday, December 28th, 2022, at 12PM at Bolton Funeral Home. A funeral service will follow at 1PM. She will be laid to rest at Elliottsville Cemetery.

Billie was born on July 25, 1937, in Alabaster, Alabama to Rosie and Jim Barnett. She graduated from Thompson High School in 1955. Billie married James Wyatt of Vincent, Alabama on December 26, 1956, and were married for 23 years. They had one child, Kelli Wyatt (Smith). Mrs. Billie married Leon G. Davis, of Montevallo, Alabama, in December of 1983. Mrs. Billie worked at Protective Life for 43 years.

She was preceded in death by her parents: Rosie and Jim Barnett; her 6 sisters: Mary, Mabel, Jewel-Marie, Dot, Bert, and Bobbie; her brother: Vergil; and her husband: James Robert Wyatt.

She is survived by her husband: Leon G. Davis; her daughter: Kelli Wyatt Smith (Gene); her only grandchild: Marshal Wyatt Smith; her 3 stepchildren; her 6 step-grandchildren; her special nieces (who were like sisters): Alice Faye Smith and Peggy Massey; her lifelong friend/sister: Carma Domokos; and many nieces, nephews, and loving friends.

We know Mrs. Billie is in heaven, and look forward to our eternal reunion one day.