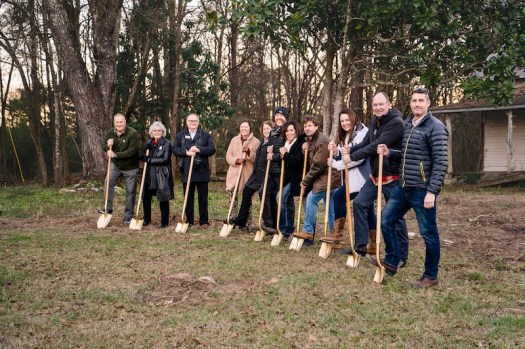 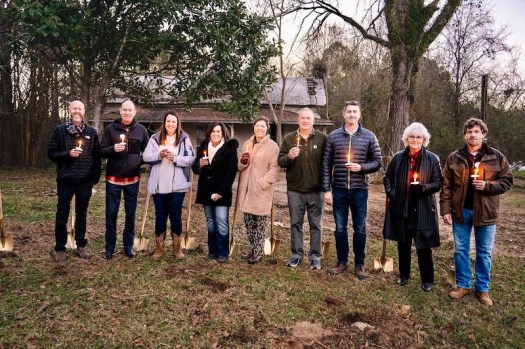 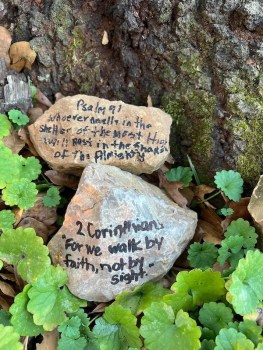 The home will stand on a 73-acre property in Shelby County, where survivors will receive food, clothing and restorative care such as trauma counseling, substance abuse treatment and family restoration assistance. The location addresses both immediate and long-term needs.

“We are ready to help child survivors of human trafficking,” said Blanket Fort Hope CEO and founder, Alexa James. “To date, we have helped place over 26 children.”

According to the nonprofit, 57 percent of human trafficking survivors in Alabama are children, which amounts to hundreds of child survivors each year. Even those who are rescued may be placed into care that does not adequately address their needs.

Blanket Fort Hope’s new restoration home will house nine female child survivors, with the ability to expand upon the construction of additional therapeutic foster care cottages. The organization hopes to have the home completed by the end of 2023 or the beginning of 2024.

“It was a huge day for us to do groundbreaking,” James said. “We’ve been working toward it for seven years, 10 months and a few days.”

It was seven years and 10 months ago that James started working with women who had been victims of human trafficking. She quickly realized the lack of resources and treatment available to child victims.

In 2012-2013, James worked on outreach at the Birmingham Dream Center in Woodlawn in a reading program for second graders, many of the children were at high risk to become trafficking victims.

“It was just really sad, and I could not any longer turn away from it. I started having nightmares,” James said, referencing Jeremiah 29:11— “For I know the plans I have for you, declares the Lord, plans to prosper you and not to harm you, plans to give you hope and a future.”

Since starting Blanket Fort Hope, James has had support from numerous individuals and organizations, many of whom accompanied James on Dec. 17 at the groundbreaking. These included but were not limited to Columbiana Mayor David Mitchell, Calera Police Chief David Hyche, Detective Brad Jordan of the Pelham Police Department, Shelby County DHR Director Kim Mashego, Keith Stanley of The Church at Brook Hills, and Kenneth Valentine Jr., the incoming board chair for Blanket Fort Hope.

The organization, which strongly believes in preventative training, has trained more than 8,000 people to date. As part of the restoration home project, BFH will continue to partner with law enforcement agencies, Homeland Security, DHR and Children’s of Alabama, among others.

James said the goal is to eventually open up a separate restoration home location to work with male survivors. Meanwhile, the group continues to work hard on the advocacy level while working with legislators to bring bills to the table in the fight against trafficking.

“We have a horrific problem,” James said. “What we’re offering is hope so people can look at it and know we have a problem. We can’t bury our head, but on the opposite end of that, think of the hope and the future that these children can get.”

James encourages people to pray for the organization, or to consider becoming a volunteer. She also encourages parents to talk to their kids about the dangers of social media.

BFH will sponsor a “Restoring Hope Gala” on Feb. 23, 2023, in order to raise money for continued support. For more information, visit Blanketforthope.org or the official Facebook page.