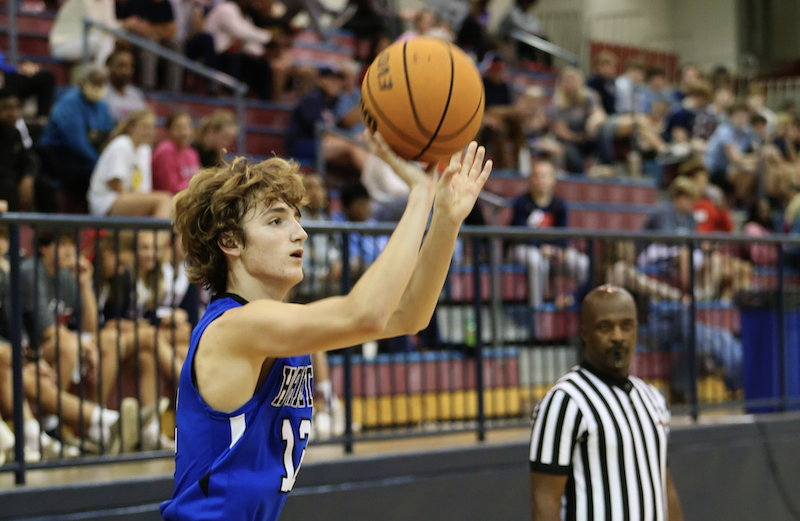 Chelsea picked up its eighth straight win of the season after taking down Cascade. (File)

ATHENS –  Chelsea dominated in the Athens Border Wars First Annual Classic. Not only did the Chelsea Hornets secure their eighth straight win of the season before ringing in the New Year, but Paul Lanzi also set a new school record at Chelsea after surpassing Jake Gansus’s record of 1,163 points scored in his high school career.

The Hornets started off the tournament on a high note after taking down Marshall County in the first round. Chelsea won 76-41 with Lanzi leading the Hornets with 20 points.

Day two of the tournament was just as successful as the first day. Tullahoma fell to Chelsea 56-33 in the second round of the Athens Board Wars First Annual Classic.

The Hornets’ defense limited Tullahoma to only being able to pick up 10 points in the first half.

Futch led Chelsea in the second round after knocking down 15 points against Tullahoma. Lanzi followed Futch with 14 points of his own.

The tournament concluded with the Hornets finishing off 2022 with their eighth straight win. Chelsea took on Cascade in the third and final round. It was a defensive battle, however, the Hornets pulled away with a 59-40 victory.

Futch led the Hornets with 17 points knocked down in the final round. Lanzi followed Futch after picking up 16 points and a new school record.