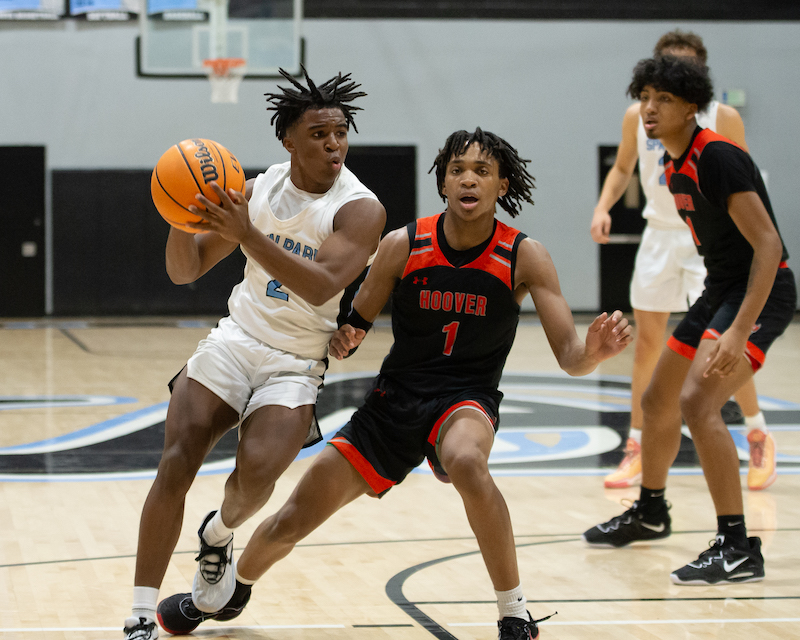 Spain Park competed in the annual Smoky Mountain Classic. (For the reporter/Larry Dancy)

SMOKY MOUNTAINS – After securing its recent win against Franklin County at the Scottsboro Tourney the week before Christmas, Spain Park returned to the court at Smoky Mountain Classic just days before shifting into the new year.

Jared Smith went two for two from the free throw line and Evan Houser added on a basket knocked down inside the arc before the first half was called.

Spain Park finished its matchup with 11 points totaled in the third and 16 points knocked in the fourth quarter. Gray led the Jaguars with a total of seven points knocked down in the second half.

Lamar went two for two from the free-throw line and knocked down two baskets inside the arc. Wright followed Lamar with two two-pointers and a free throw.

Fonbah knocked down a basket outside the arc for the Jaguars in the second half. Korbin Long, Chase James and Smith totaled a combined six points.

The Jaguars faced Warren East in the second round of the Smoky Mountain Classic. Spain Park’s defense was a force to be reckoned with.

Warren East was only able to obtain six points in the first quarter, but Warren East did manage to pull away from the first half with an additional 12 points.

Spain Park’s offensive performance made a comeback almost unattainable in the first half. The Jaguars totaled 20 points in the first quarter and tagged on another 21 points in the second quarter. Gray led the Jaguars with two baskets knocked down from the free-throw line, four baskets from within the arc, and two outside the arc.

Long and James both totaled four points each. Chapman Blevins made the front end of a one and one and Lamar tagged on another two points to the Jaguars’ first-half lead.

Spain Park’s success only continued into the second half of the second round. Another aggressive offensive performance by the Jaguars added another win to their season. Warren East fell to Spain Park 84-46.

James led Spain Park with two baskets knocked down from the free throw line, one within the arc and two outside the arc. Jackson Bradley and Fonbah followed James with two three-pointers and one two-pointer.

Wright knocked down three field goals totaling six points. Long, Houser and Lamar each tagged on a two-pointer. Gray and Smith both knocked down one basket from the free-throw line.

Their victory against Warren East advanced the Jaguars to the championship round in the Boys Red division. Spain Park took Great Crossing and fell 60-53. This marked Spain Park’s second loss of the 2022-23 season.

Gray led the Jaguars in the championship round with 20 points and Wright followed with 18 points.

No.2 Spain Park travels to No.3 Tuscaloosa County on Monday, Jan 2.